Unemployment, Poverty Drive Many Types of Trafficking in Brazil 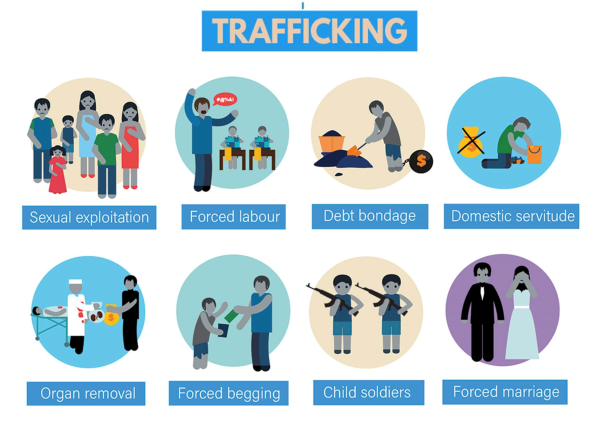 A recent report from the United Nations Office on Drugs and Crime (UNODC) on human  trafficking trends in Brazil highlights how socio-economic vulnerability and the lack of decent employment opportunities are leading people into the hands of criminal networks who exploit them for profit.

“National Report on Trafficking in Persons 2017-2020” brings together knowledge and expertise from over 70 national and international experts who are active in the anti-human trafficking field and was produced in partnership with Brazil’s
Ministry of Justice and Public Security.

“Over 90 percent of the professionals who provided us with information concluded that poverty and unemployment are the main reasons why people become victims of this crime, especially in cases

says Heloisa Greco, a human trafficking expert at UNODC, Brazil, who drafted the report. “Precarious economic conditions and lack of job prospects can lead them to accept degrading offers, which later turn out to be exploitation. It is often the only option of survival they identify,” she adds.

In 2016, Brazil passed a new law on human  trafficking, which expanded there legal definition of the crime to include forced labor, servitude, illegal adoption, and trafficking for the purpose of the organ removal.

“This law was a major step forward because it’s aligned with the UN’s Trafficking in Persons Protocol, which Brazil ratified in 2004, and is based on the three main areas of this treaty — prevention, prosecution, and protection of the victims,” says Greco.

The data demonstrates that women and girls are most often trafficked for sexual exploitation, but the expanded legal definintion of trafficking allowed to report to uncover the many men who are victims of forced labor — the most identified form of trafficking within Brazil during the reporting period. This forced labor occurs mostly in the agricultural sector.

“It is important to note that the trafficking of transgender women was often mentioned by the contributors to our report,” says Greco. “However, this group does not appear in official data as there is no disaggregated information for gender identity.”

According to the report, criminals who traffic people for sexual exploitation are increasingly using the internet and smartphone apps to entice and exploit their victims.

João Chaves, a federal public defender who contributed to the report, says in recent years “there has been great improvement in Brazil in the prevention of trafficking in persons,” adding this has largely been due to the support of international organizations like UNODC and the International Organization for Migration.

“In my opinion, the main need now is to strengthen our capacity to detect and assist victims of human trafficking. . . . With regards to the migrant population, there is a considerable lack of structure to prevent trafficking, especially in border regions,” he says.