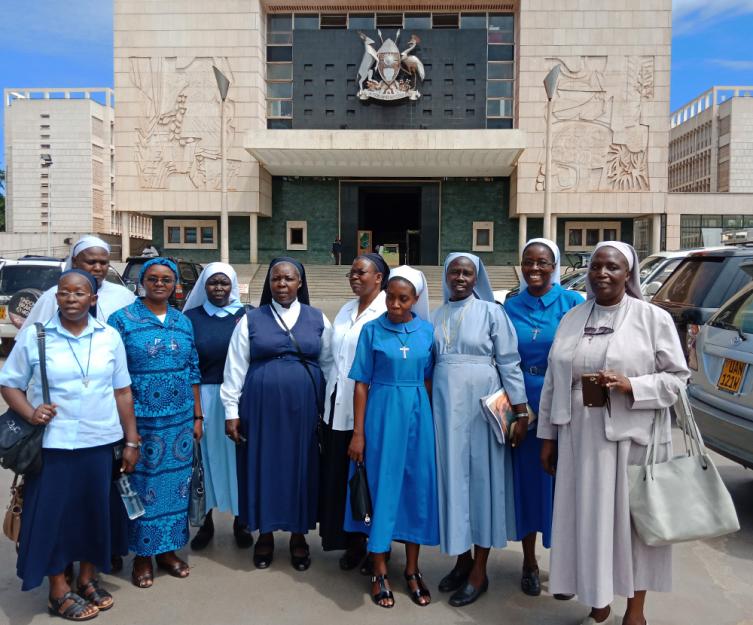 “We are tired,” “This is too much,” “I am angry”: These were some of the comments sisters in Uganda made, after study and reflection on how the social teachings of the Catholic Church parallel to social issues affecting Uganda.

The Catholic sisters — under the umbrella of the 6,000-member organization of the Association of Religious in Uganda — had resolved to advocate against trafficking in persons. This collaboration proved itself useful when the sisters critically analyzed their society, which is being robbed of its basic humane values and the moral fiber that helps people attain their highest potential and human dignity.

The sisters’ motivation came from several sources: the principles of the Scriptures, the lives of the saints, African proverbs, and Bible stories like Genesis 18:16-32 (Abraham pleads for Sodom and Gomorrah), Esther 5-7 (Esther takes risks for her people), Luke 11:5-8 (an importunate friend pleads for one in need), John 10:10 (Jesus gives the fullness of life), and Luke 4:18 (The manifesto of Jesus, who comes to bring liberty to the oppressed).

I think it was St. Catherine of Siena who urged us to cry out, saying it is “silence that kills the world.” And church leaders have assured us that acting on behalf of justice is part of living the Gospel. As Brazilian Archbishop Dom Hélder Câmara once said, “When I give food to the poor, they call me a saint. When I ask why they are poor, they call me a communist.”

Nelson Mandela insisted that “overcoming poverty is not a gesture of charity. It is an act of justice.” Some of our activists have said that justice is an integral part of our mission as religious, and that we stand on two feet of Christian love: charity and justice. In a workshop that was organized and facilitated by Africa Faith and Justice Network of Washington, the participants began to understand various underlying issues that put Africa in a global context, and assessed challenges facing the continent. We discussed how 150 years of slave trade had had adverse consequences, and how there are signs that it is still not healed.