Sharing Their Enthusiasm for Mission for 70-years 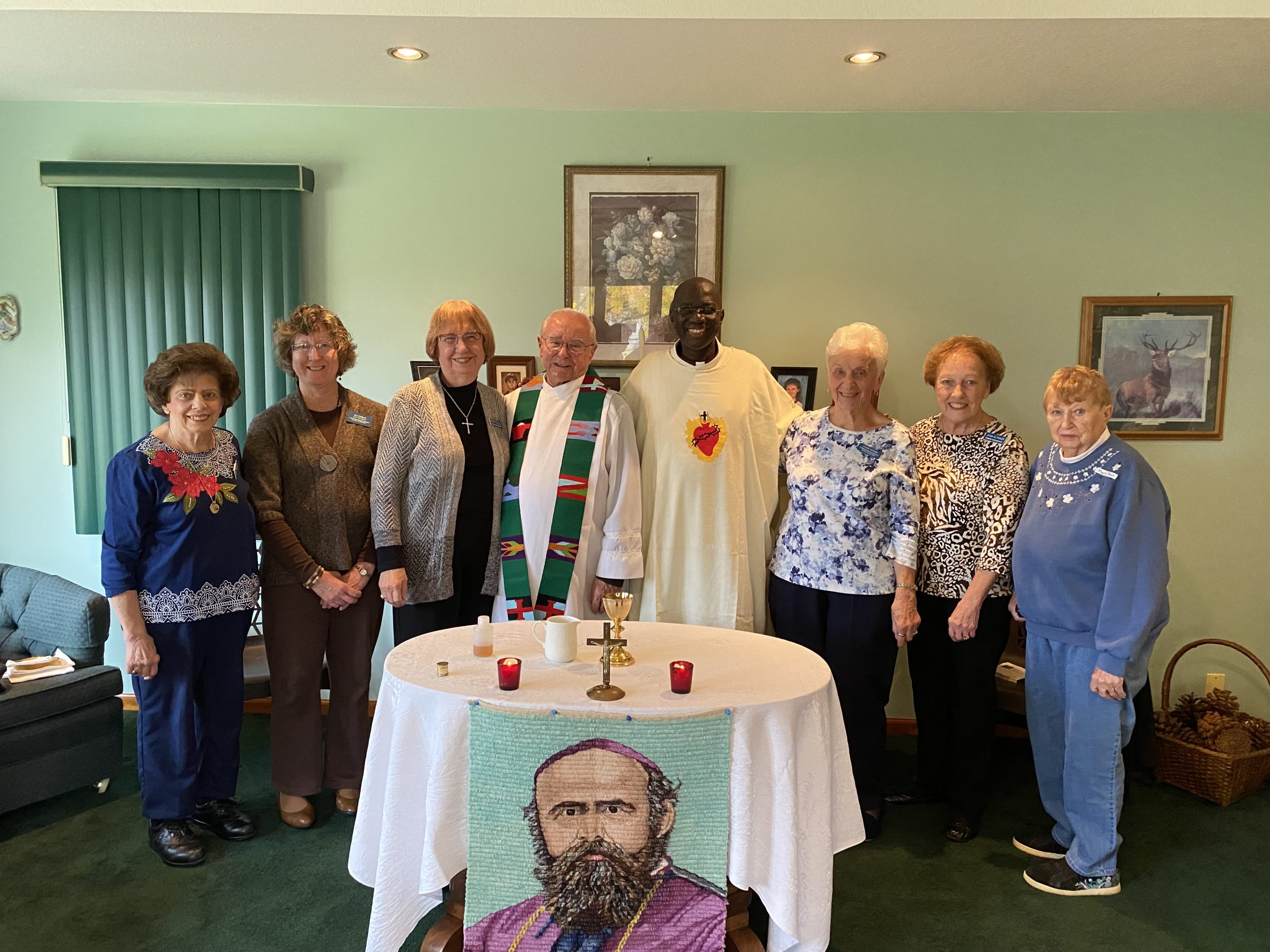 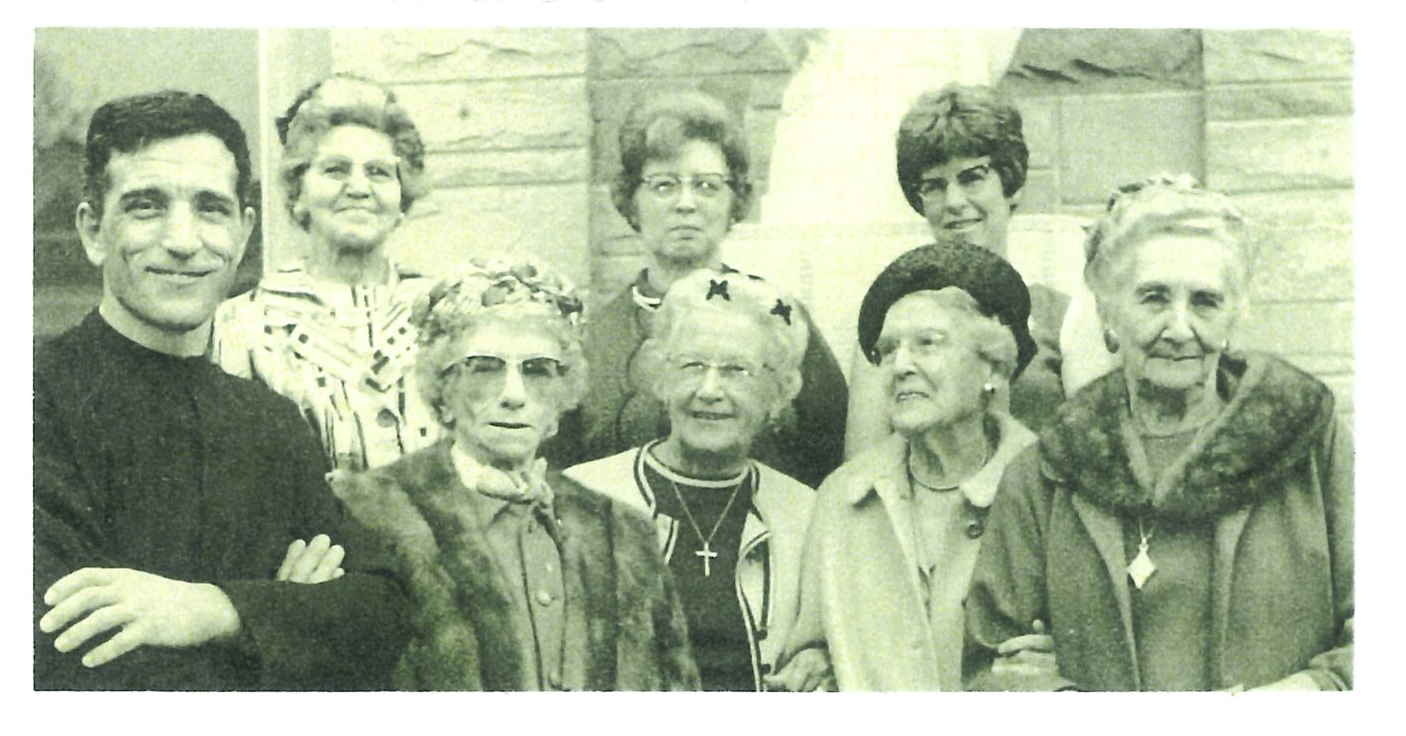 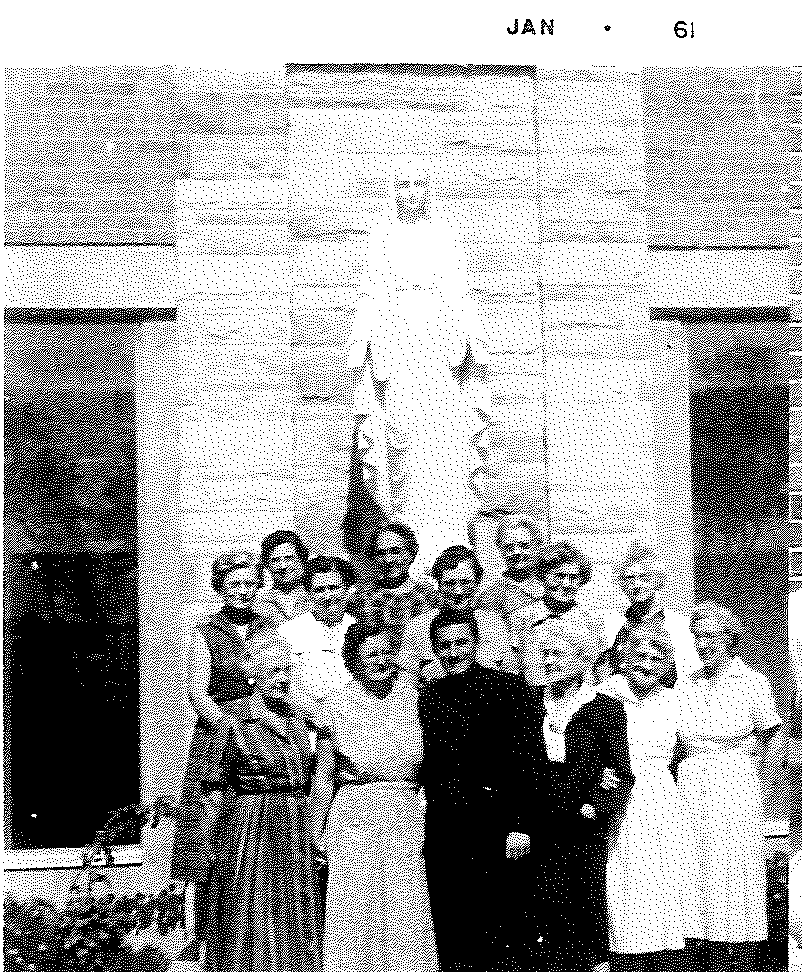 Monroe Ladies Auxiliary in the 1960s. 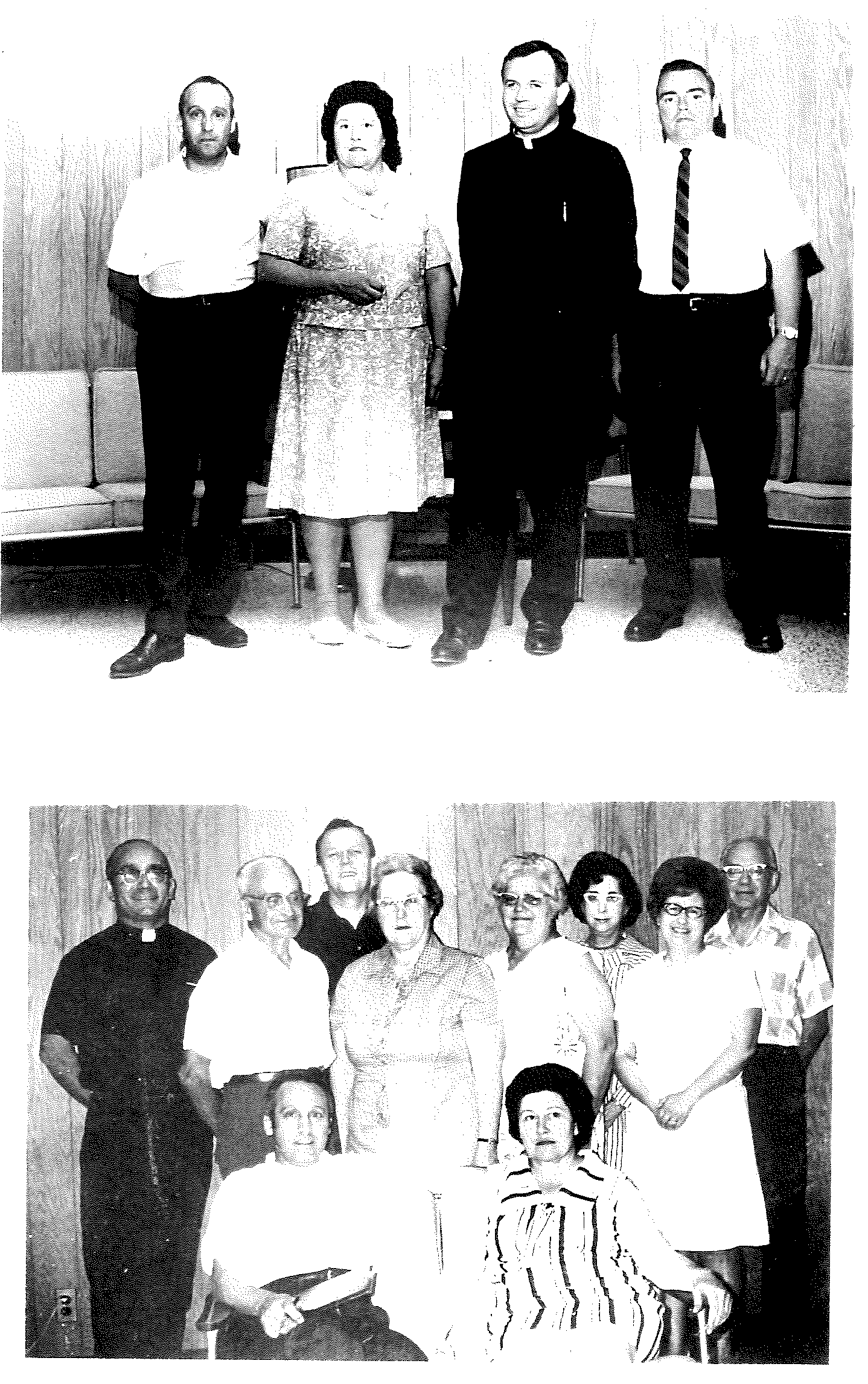 Monroe Ladies Auxiliary in the 1970s. 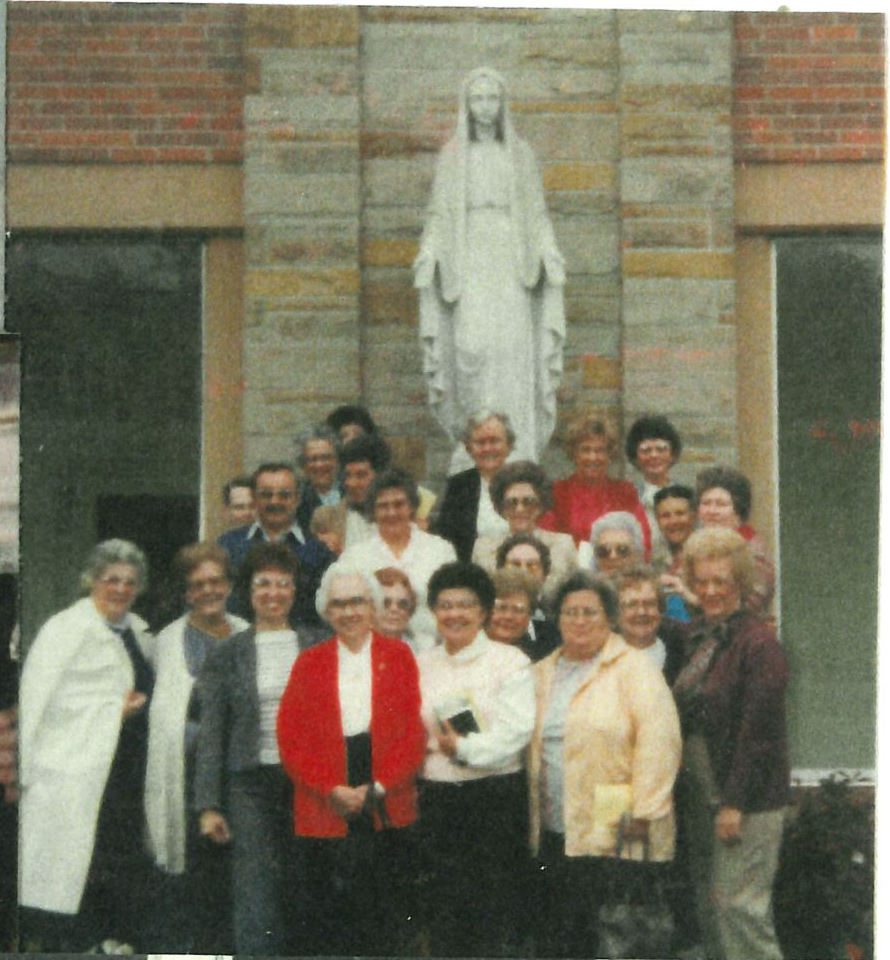 Monroe Ladies Auxiliary in the 1980s.

The last seven decades seem to have gone by in the blink of an eye for the women of the Monroe Ladies Auxiliary. For seventy years, this dedicated group of women has supported the Comboni Missionaries with their time, energy, prayers, and donations.

“We thank the Good Lord for all of you, past and present,” Fr. Louie Gasparini said in honor of the group’s anniversary. “I ask God’s blessing on you and the good people of Monroe who so much loved, and still love, the Comboni Missionaries.”

It all began back in the late 1940s when the Verona Fathers, as they were known then, were still new to the United States. The missionaries bought land in Monroe, Michigan and built the first wing of the novitiate in 1951.

“As the women were helping in many ways, along with assisting the men with their activities, they formed the Verona Fathers Ladies Auxiliary, holding its first meeting in November 1952,” wote Barb Heising, president of the auxiliary.

In those early days, the ladies helped with the laundry, mending, ironing, sewing, canning and providing meals. It wasn’t long and the ladies started holding monthly rummage sales as a fundraiser.

The ladies also helped with the annual chicken dinners sponsored by the Men’s Club. There were turkey and roast beef dinners, craft shows, flower sales, card parties, dances and so much more.

By the 1990s, vocations in the United States had slowed and the Comboni Missionaries made the difficult decision to leave Monroe.

“Because of their love and dedication to the Comboni Missionaries worldwide, the auxiliary did not disband. Rather they continued to meet in various locations… now meeting in member’s homes,” Barb said.

After peaking in the 1980s, membership in the auxiliary has slowly declined. There are now seven members.

“Less in number now, but with no less enthusiasm, they celebrate their 70th anniversary,” Fr. Louie remarked.

Over the decades, the Ladies Auxiliary has been instrumental in supporting the missionaries at home and overseas. This group has financially supported dozens of projects, if not more, over the past seventy years. They’ve given money for new churches and schools, medical equipment, sewing machines, the training of catechists, an orphanage in Peru, the translation of Missalettes, wells, water pumps, transportation and the list goes on.

One missionary in particular, has benefited greatly from the generosity and kindness of this group. Fr. Mike Barton was a novice at the Monroe Novitiate in the 1950s. He has known these women most of his life.

“I remember the women who checked my washing the clothes when, as a novice, I was in charge of the laundry,” Fr. Mike recalled. “[I remember them] ironing everything and mending the socks. Brother Vincent would take them cookies at the end of the afternoon and I would finish the crumbs and leftovers afterwards. That was 56 years ago! I also remember the turkey dinners and the festivals and the friendliness of the women. You are a wonderful group.”

Years later, when he was working in South Sudan, the Monroe Ladies Auxiliary would once more support and encourage Fr. Mike, this time financially. Because of this group, Fr. Mike was able to build a mission and school in Ayod, South Sudan.

Even now the auxiliary is partially funding a seminarian in Nairobi, Uganda who is in his final year before being ordained a priest next summer.

“This idea was conceived by a member when the Superior General of the Comboni Missionaries, Fr. Tesfaye Tadesse, from Rome visited the Auxiliary in February 2022.   He told of the many possible seminarians who were turned away because funds were not available. This planted the seed for the Auxiliary to get involved,” Barb said.

A special celebration and Mass was held for the group’s anniversary on October 19, 2022, with Fr. Ruffino Ezama and Fr. Louie Gasparini presiding.

Fr. Louie has known the ladies of the auxiliary for more than 50 years.

“When I came to Monroe in 1960 to begin my novitiate, I met a group of ladies who worked as volunteers behind the scenes, in the basement, mending socks and sewing buttons on the novices’ clothes. These women touched the lives of all of us,” Fr. Louie said.

“Some of us persevered, some of us answered other calls in life, but as we came and went, the ladies remained through the years as a constant presence to support us,” he continued.

In honor of Monroe Ladies Auxiliary’s 70th anniversary, congratulations were sent in from all reaches of the world.

From Quito, Ecuador, Fr. Rafael Gonzalez Ponce wrote, “You are, for many of us, a great example of missionary love, commitment and friendship.”

Fr. Ben Chola from Kampala, Uganda said, “I call it 70 years of shining the light of Christ among the people of God with good works and prayers.”

In Jerusalem Comboni Missionary Sister Giovanna Sguazza wrote, “May you continue to be a beacon of missionary zeal and love in serving the Lord and his peoples through the Comboni [Missionaries]. From Jerusalem, from the land where Jesus walked, lived, died and rose, a special blessing to each of you and a warm hug.”

Sr. Tseghereda Yahannes, from Eritrea wrote, “You have always been committed and very generous in reaching out directly and indirectly to the neediest people throughout the world. Your commitment and loyalty towards your work has indeed saved many thousands of lives.”

All of these individuals, and so many more, have been blessed by the generosity and prayers of the ladies auxiliary. Happy Anniversary Monroe Ladies Auxiliary, and thank you.