Nothing Stops the Sisters 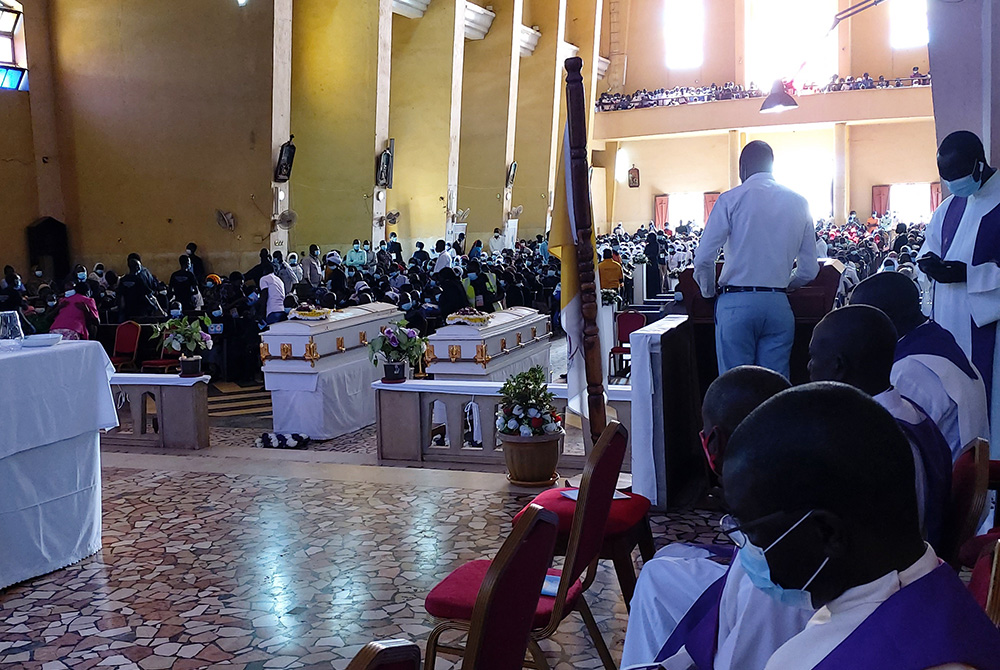 Members of the Archdiocese of Juba, South Sudan, attend the Aug. 20 funeral Mass of Srs. Mary Daniel Abut and Regina Roba, Sisters of the Sacred Heart who were killed when their bus was attacked August 16.

“We live day by day, with serenity,” Srs. Bhatti and Crasta from India said. “Our families are worried about us: Every time they see the image of some attack on TV they fear for our safety. But we sleep peacefully. Here we have many friends and for the rest we entrust ourselves to God.” 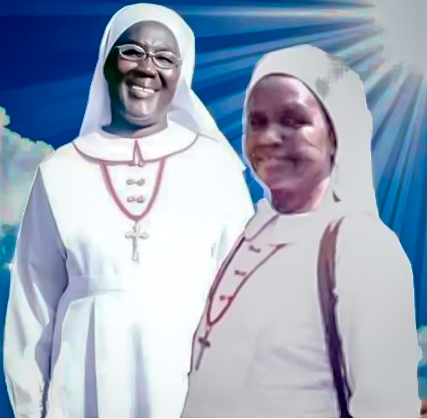 Sisters Mary Daniel Abut and Regina Roba were shot and killed along a highway in South Sudan as they were returning home to the capital, Juba. Seven other Sisters survived the attack. A spokeswoman for the religious congregation said nine Sisters boarded the same bus on the way back from the parish celebration, As they were ambushed, they tried to flee and hid in the bushes. The gunmen went straight to where Sister Abut was hiding and shot her, then shot Sister Roba. 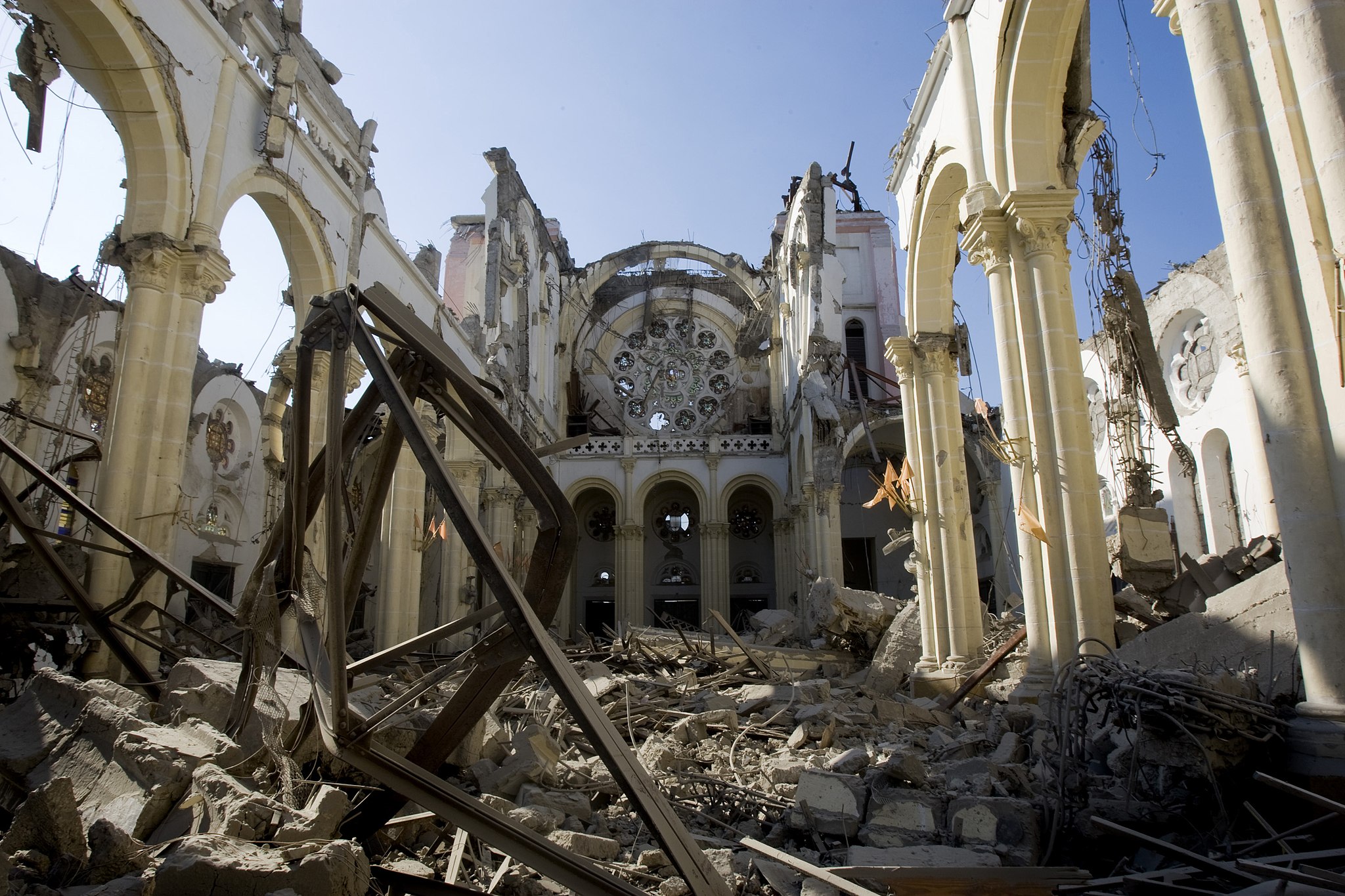 Religious institutions in Haiti had not recovered from the earthquake in 2010 when another hit earlier this year. Still, the Church, and the Sisters, continue working to help others. 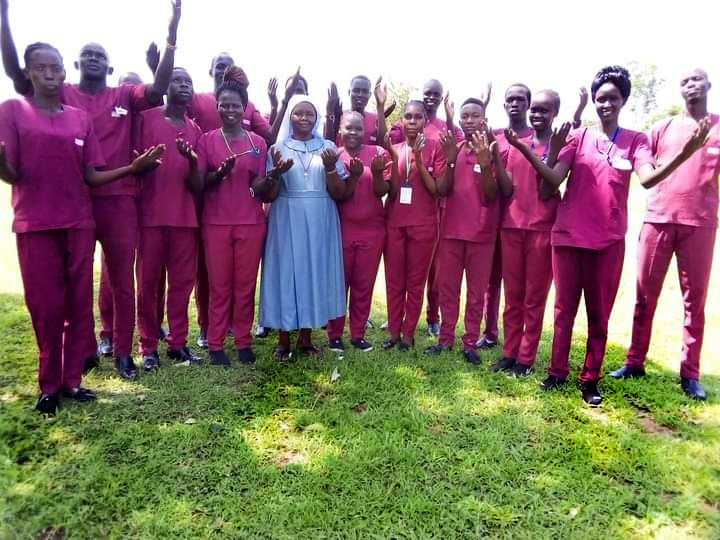 Sr. Regina Roba, in blue, with students from the Catholic Health Training Institute in Wau, South Sudan. Roba, a Sister of the Sacred Heart in the Juba Archdiocese, was a nurse who tutored students at the institute until her death August 16. (Courtesy of Friends in Solidarity) 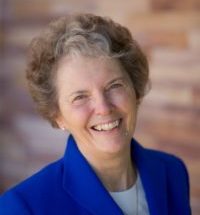 JOYCE MEYER is a Sister of the Presentation of the Blessed Virgin Mary. She is on the boards of the Conrad N. Hilton Foundation, Medicines for Humanity and the International Foundation of the Good Shepherd Sisters and has served as international liaison to women religious for Global Sisters Report since January 2014.

Amid tragedies in Haiti, South Sudan and Afghanistan, Sisters endure

I felt compelled to write about the Sisters who in so many parts of our world continue to give their lives for others in conflict areas. We have heard about their selflessness in serving throughout the tragedies in Haiti, South Sudan, and Afghanistan. It is heartbreaking for them and for the people they serve to endure the suffering of natural disasters and unthinkable human actions that inflict such pain and death. None of this stops the Sisters. They do not run away.

Haiti continues to suffer from intense political turmoil and natural disasters that keep most of us wondering if they will ever end. There are many congregations of Sisters there, both indigenous and international, educating and offering health care in some of the most remote, mountainous areas of that country. The ones I am most familiar with are the Little Sisters of St. Therese of the Child Jesus, the first locally founded congregation; I have visited them a number of times, most recently in 2016.

Now with the earthquake, these services are at a standstill as buildings have been destroyed and lives lost. I learned from the Little Sisters of St. Therese of the Child Jesus in Port-au-Prince that their Sisters in some of the rural areas are sleeping outside because they do not know if their convent structures are stable. Food, water and medicines are scarce, but the Sisters are still there caring for their neighbors.

Nongovernmental organizations are working together to send assistance. One of these is Medicines for Humanity, a U.S.-based NGO for which I serve as a board member. They wrote recently:

“Tomorrow, we will make our first transport and delivery of supplies to three clinics in Baradères, Aquin, and Cavaillon. We are joining a caravan with two other non-profit groups to make the trip through the dangerous gang area more secure. These initial supplies include soap, sanitizer, PPE, BP cuffs, IV solution, bandages, thermometers, a few solar lamps for the clinics, and a few tents for the Sisters.

The team is currently planning efforts for a second distribution of supplies towards the end of next week, if possible. Transport and logistics are still being worked on. This procurement will be more concise and include solar lights for the public, water filters and possibly, corrugated metal and wood for building shelter for the Sisters.”

We had hardly had time to process the news about Haiti when we were all shocked to learn of the murder of Sisters Mary Daniel Abut and Regina Roba, along with others who were gunned down in an ambush August 16 in South Sudan. (Radio Tamazuj reported that at least three other people were killed in the ambush and seven others were wounded.)

The group was on their way from a celebration at Loa Catholic parish, dedicated to Our Lady of the Assumption, where the Sisters of the Sacred Heart-Juba were founded in 1954 by the late Bishop Sixtus Mazzoldi, a Comboni Missionary. Nothing of the Sisters’ presence remains there, because a perpetual state of war over thirty years destroyed their previous convent.

The Sacred Heart Sisters were founded specifically to serve the people of the region that eventually became South Sudan. The Sisters have endured war throughout most of their existence. At one stage they escaped to Uganda but there encountered LRA (Lord’s Resistance Army) armed militants, from whom they and their students experienced more trauma. I remember visiting their convents in Uganda and also in an area near Torit and Juba (today in South Sudan) in 2006, where the Sisters were all living in fear of militant groups.

The Sisters showed me the site where they were hoping to build a school outside of Juba city. Education and health care of the poor is their apostolic focus. When I visited it was not technically being built—we gave them money to purchase bricks they could use to form a shape around their land. Without this semblance of building, the government would confiscate the land. This was normal procedure.

One of my memories of that visit is that instead of going by road to Juba from Torit, as planned, I had to charter a plane because the LRA was blocking the roads. It was  an area near where Sisters Mary Daniel and Regina were killed.

These internal conflicts never seem to end. Sister Regina worked with Solidarity with South Sudan in a school for nurses, and Sister Mary Daniel was head of a school; both were very aware of the constant danger of the area.

The latest tragedy in the same week was in Afghanistan as the Taliban took over Kabul, the capital city, and the national president fled the country. Catholic News Agency and Catholic News Service have both provided some information about the Sisters in Kabul.

When I visited Afghanistan in 2009, there was a total of twelve Sisters in the country, all in Kabul. Four Little Sisters of Jesus worked in the city hospital and had survived under the first Taliban occupation.

I was told that they were going to be forced to leave, but the people resisted because of  the good care the Sisters were providing.

Four Missionaries of Charity had a home for children with disabilities. There was also an inter-congregational community of Sisters from India, Pakistan and Italy sponsored by the Italian Conference of Religious, both women and men. This group managed a day school for children with physical and mental disabilities. They hired and mentored Afghan teachers for the staff.

Catholic News Service reported that the Sisters were trapped in Kabul for some time during the US evacuation earlier this year. They said they were “very worried about the near future.”

Yet they managed to overcome their anxiety. “We live day by day, with serenity,” Srs. Bhatti and Crasta from India said. “Our families are worried about us: Every time they see the image of some attack on TV they fear for our safety. But we sleep peacefully. Here we have many friends and for the rest we entrust ourselves to God.”

Having known several of these Sisters and experienced a little of their lives, my mind and heart floods with memories of those precious moments and gratitude for their generosity. Their lives call out to all of us, even though we may be far from their regions of the world. These Sisters in Haiti, South Sudan, and Afghanistan represent Sisters in many parts of the world that we often do not hear about. They are testaments of the heart and purpose of religious life — disciples of Jesus the Christ who give themselves totally for those forgotten by most of the world.