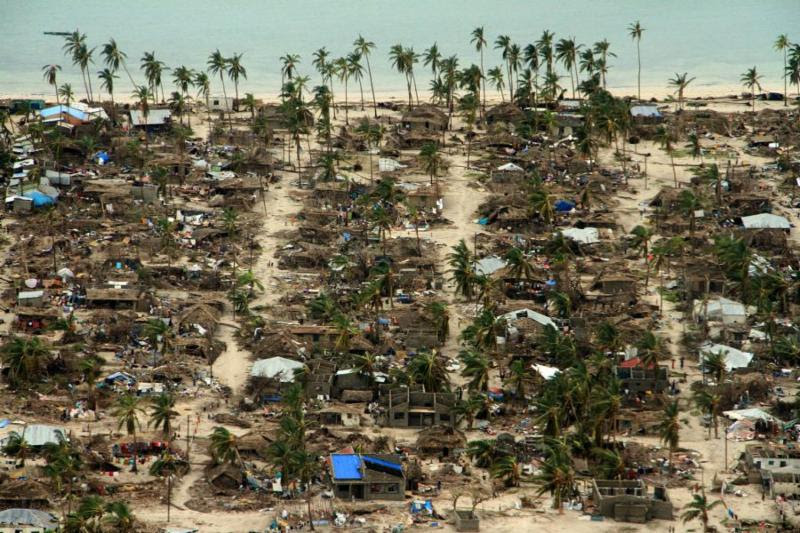 In late April, Save the Children warned that the number of children in Mozambique who are acutely malnourished could double, from just under 60,000 to 115,000. The destruction of cyclone Idai was compounded by the landfall of tropical storm Kenneth on April 27.
Crops and infrastructure were swept away by the storms. Those who farmed for subsistence have found themselves without crops, livestock, seed, and even in some cases land with which to rebuild. Untold businesses and houses were also destroyed by the storms, leaving workers jobless and homeless.
Save the Children reports that the malnutrition is severe. At one of their clinics a woman brought her 19-month-old son to be seen by doctors. He had recently contracted malaria and his weight was just 13 pounds.
For more on aid efforts, please read this.