Mission is a Call for Everyone 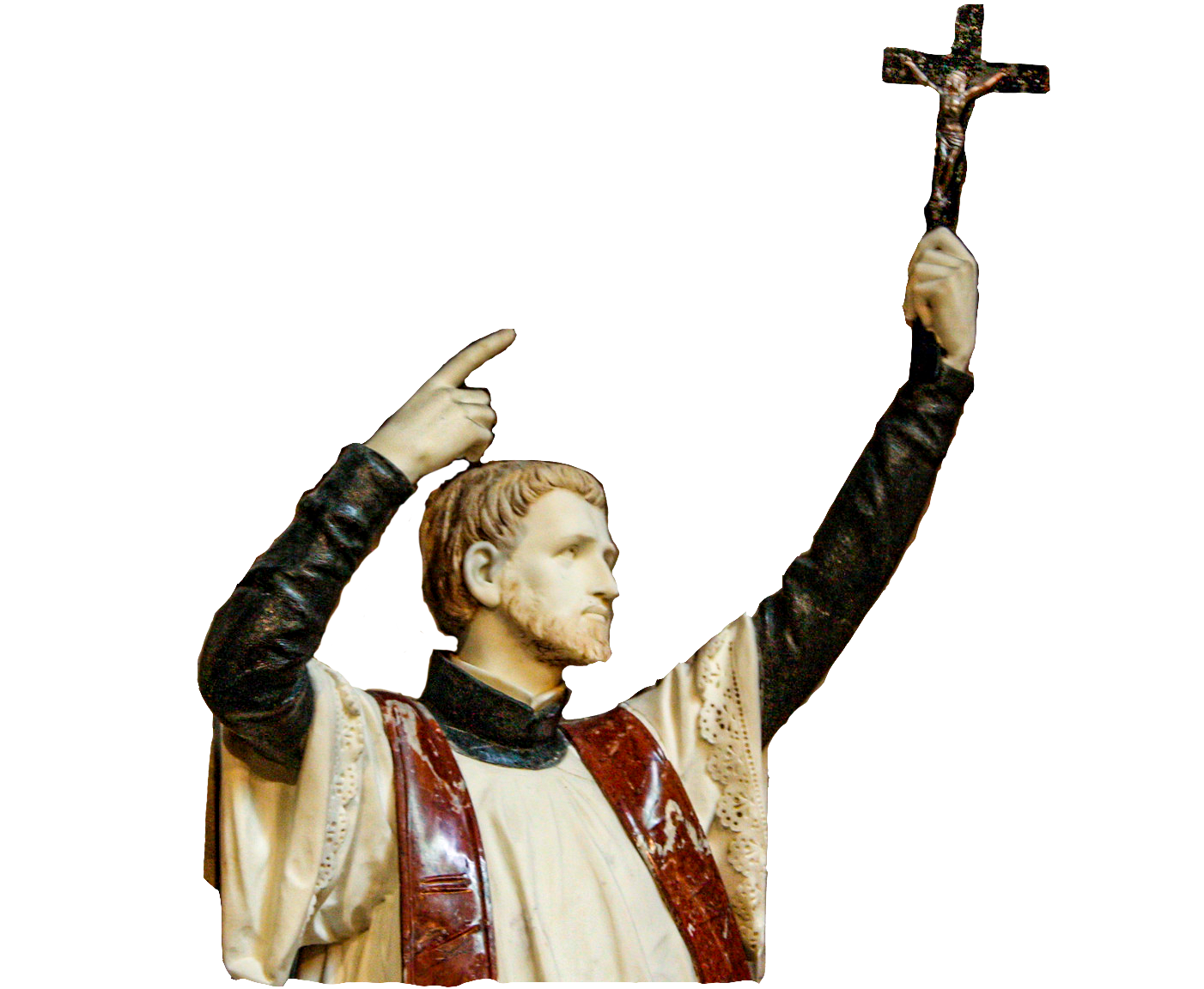 St. Francis Xavier reminds us that baptism makes missionaries of us all.

The Miracles of St. Francis Xavier, by Peter Paul Rubens.

“Many, many are not becoming Christians for one reason only: there is nobody to make them Christians. If only someone could educate them in the Christian way of life, I have no doubt that they would make excellent Christians.”

Brilliant, tireless, and devoted, St. Francis Xavier traveled many paths in life. Wealthy noble, influential professor, and aspiring cleric were three he’d trod before the age of 30. His relationship with the Lord was characterized by complete obedience and perseverance in the face of new and daunting challenges. His radical missionary life and baptismal zeal show us that fearless faith in God can guide us toward sainthood.

Missionary work was not St. Francis Xavier’s first choice of vocation but he threw himself wholeheartedly at whatever cross or call God set before him, so when a fellow Jesuit fell ill, he instantly volunteered to serve as a missionary in his stead. He left his family, his best friend (St. Ignatius Loyola), and everything of the life he had known to approach his new vocation.

He took to heart the Gospel teaching about single-mindedness in the service of God writing, “We must also strengthen ourselves with the saying of the Lord that says: ‘He that loves his life in this world will lose it, and he who loses it for the sake of God will find it,’ which is in keeping with what Christ our Lord also says: ‘He who puts his hand to the plow and looks back is not fit for the kingdom of God.’”

Reflect and Pray: The above words from Scripture were the periodic reminder St. Francis used to refocus on God’s will and vocational call in times of loneliness, despair, or temptation. Setting aside his own preferences, he solely sought to fulfill the plans God had for him. Take some time aside to reflect on these Scripture verses. What temptations in your life keep you turning your head back from “the plow?”

Think about the attachments you have to “life in this world,” and what attachments you need to lose “for the sake of God.” Reflect on the crosses and stumbling blocks that God has put in your life and how they may be an invitation from God, as they were for St. Francis, to a new vocation.

Do What You Can

During his missionary journeys, St. Francis Xavier filled countless roles. He calmed fellow passengers in their storm-tossed crossing by praying with them, distracting them with his ready wit, and always, always smiling. Though he had no medical training, he did whatever he could to help the many who had succumbed to scurvy on the long voyage, offering his own small cabin to the ill and staying up all night to comfort them.

When he arrived in India, he struggled to learn the local language. Rather than allowing this to become a barrier to his work, he turned the few words he knew into songs for teaching the children their catechism. Soon, they followed him everywhere and took their lessons home to their parents. “The older children would not let me say my Office or eat or sleep until I taught them one prayer or another,” he wrote.

St. Francis’s journeys brought him to places about which he knew very little and plunged him into circumstances for which his education could not have prepared him. He did not despair, though, nor turn away from his mission. He simply did what he could with the resources at hand because he deeply felt the urgency of his missionary work. It was an urgency he desperately wished others could feel as he did.

Writing to St. Ignatius about the university students he knew in Europe he said, “I wish they would work as hard at this as they do at their books. . . . This thought would certainly stir most of them to meditate on spiritual realities, to listen actively to what God is saying to them. They would forget their own desires, their human affairs, and give themselves over entirely to God’s will and his choice. They would cry out with all their heart: Lord, I am here! What do you want me to do? Send me anywhere you like.”

Reflect and Pray: Take some time to reflect on your own spiritual gifts and desires. What insecurities are you allowing to interfere with doing God’s work? Do you ever let fears of not being “good enough” get in the way of doing the good you can do? What form of discipleship can you live in your daily life?

Try focusing on smaller things and do them with great love. Make St.  with all your heart: “Lord, I am here! What do you want me to do? Send me anywhere you like!”

Live Up to the Name of Christian

Many of those to whom St. Francis Xavier ministered were being evangelized for the first time. However, the zealous missionary also traveled in regions colonized by the Portuguese where much of the population declared themselves to be Christian, while their conduct proclaimed the opposite. In these regions, Xavier promoted the three theological virtues—faith, hope, and charity—as sure guides for daily conduct. He also suggested that daily recitation of the Ten Commandments would keep the faithful from going too far astray.

Reflect and Pray: When you find yourself in a period of spiritual complacency start making a nightly act of contrition using the Ten Commandments as a guide for examining your conscience. Reflect on missed opportunities to act in faith, hope, and charity and contemplate where you can start incorporating those virtues in the next day.

St. Francis Xavier also suggested a prescription you can incorporate into your morning routine: “The moment you awake, therefore, sign yourself on the forehead and the breast, and pronounce at the same time the solemn invocation of the Holy Trinity, with the deepest reverence of a devout mind, so to adore God the Father, Son, and Holy Ghost, One Eternal Almighty God Infinite in goodness.” And finally, St. Francis proposed that Christians reflect on three acts they hope to make that day that would be “especially due to God and pleasing to him.”

Centuries ago, St. Francis Xavier wrote St. Ignatius, “I have not stopped since the day I arrived.” This is still true. A relic of the saint — the “arm that baptized thousands”— is preserved in Goa, India. It attracts tens of thousands of pilgrims each year, silently reminding every visitor, “The lovers of the Cross of our Lord Christ consider a life of trials a blessed life. For can there be a more cruel death than to live without Jesus Christ after having once known Him, or to forsake Him for the sake of following our own desires? I assure you, dear friends, no cross is to be compared to such a cross as that.”