Ministry at Home and Abroad 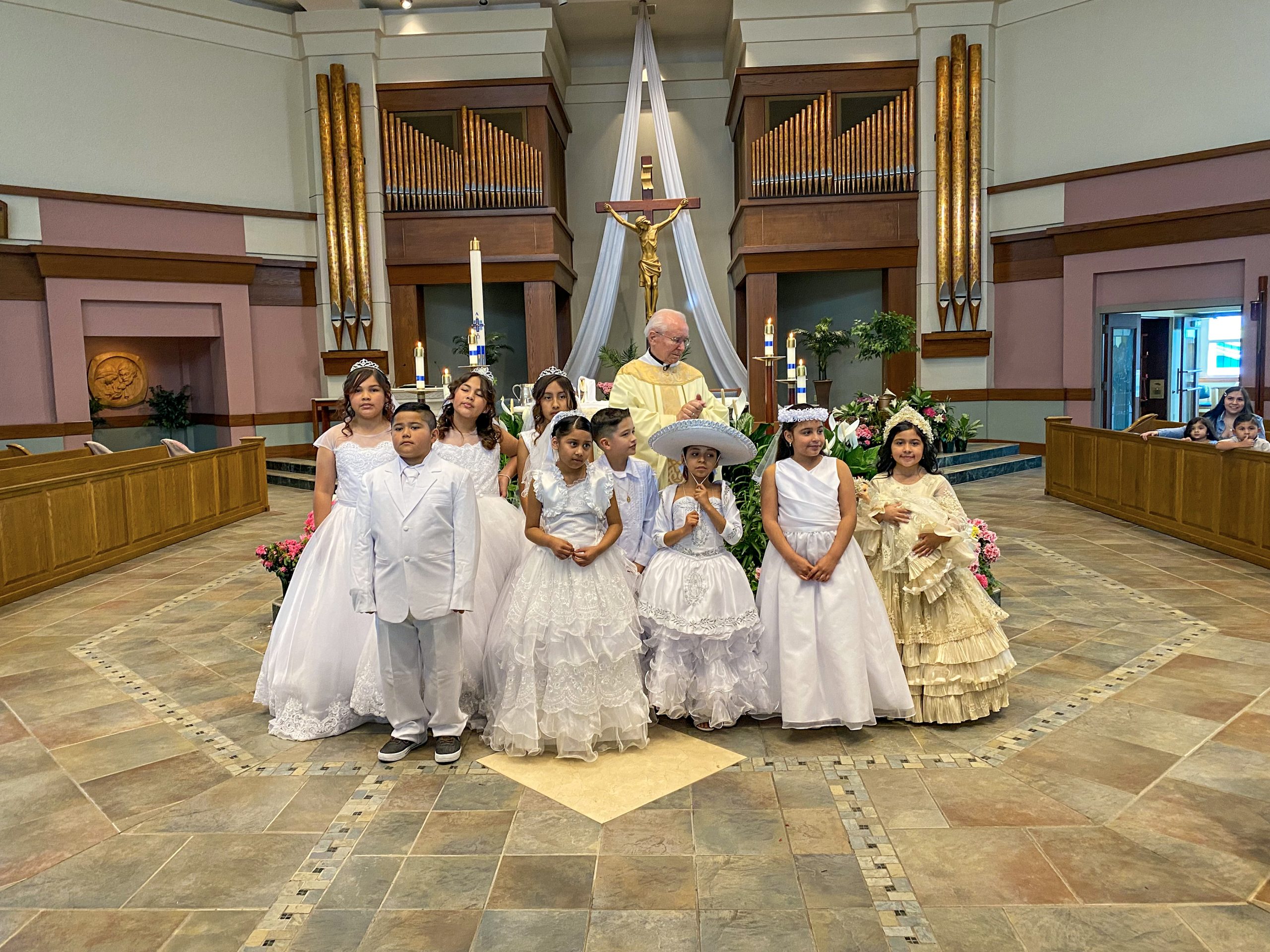 Fr. Louie poses for a photo with first communicants from Immaculate Heart of Mary Parish in Cincinnati, Ohio. 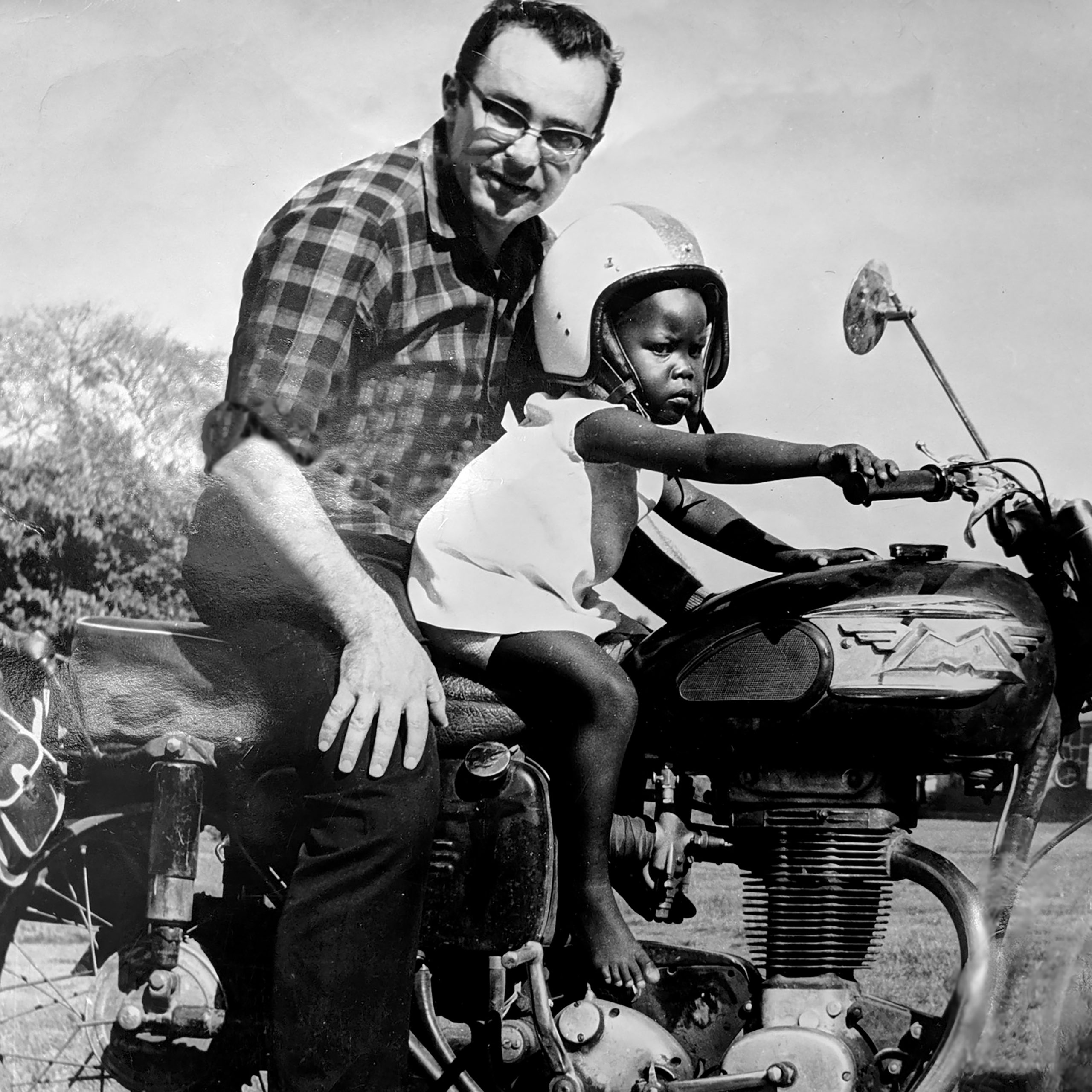 Fr. Louis in northern Uganda with his trusty motorcycle and guest driver. 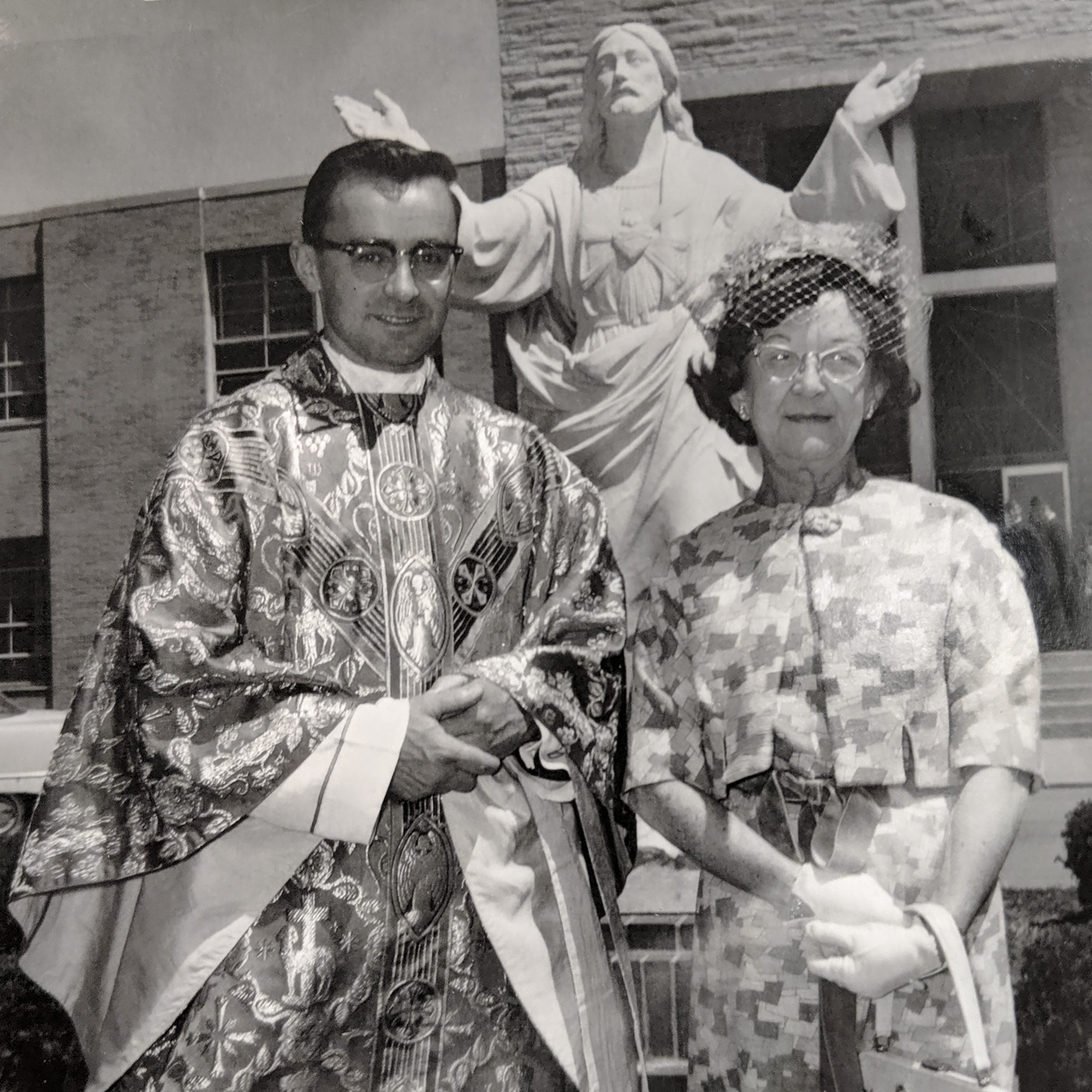 Fr. Louis at his ordination in June 1966 (left) with his sponsor and benefactor during his years of studying for the priesthood, Mrs. Sauer.

Fr. Louie Gasparini Always Finds a Way to Make it to Work

When a 21-year-old Louis Gasparini first arrived in Cincinnati to study for the priesthood, he found himself in a new world and on shaky ground. “It was just after the war,” says the Italian native. “We were children of World War II and things in Italy were not easy.”

In what was to become a signature move, Louis made the best of a difficult situation. He progressed through his studies and, not so long after, had charge of 150 or so young seminary students in Cincinnati. “All those boys had so much energy,” he says. “At times you did not know if you were running a school or managing a zoo.”

Those managerial skills transferred well to mission work in northern Uganda where, along with his Comboni confreres, he established a school. If it sounds as though things were settling down to a reasonable pace, it may help to know that this happened during the reign of Idi Amin, one of the most notorious despots in history.

Gasparini also worked in the missions in Peru, spending nearly 20 years abroad. Back in Cincinnati, he worked in a Lower Price Hill parish that ministered primarily to poor families from Appalachia. As populations shifted, he found himself working in Black and Hispanic communities.

“Whatever was needed, whoever needed it,” he says. “This is what we do. We adapt, we change as things change around us.”

The ministry to the Hispanic community at St. Charles Borromeo parish blossomed into the Su Casa Hispanic Center and later Fr. Louis became director of Hispanic Ministry for the Archdiocese of Cincinnati. Of course, he’d soon have another hurdle to manage — the pandemic.

“A lot of people had lost their jobs or just couldn’t work since their workplaces were closed,” he says. “They needed help more than ever, but there were fewer places to turn for help.”

Partnering with an energetic Herminia Torres (a parish leader and cofounder of the Hispanic community at St. Francis de Sales parish in Lebanon, Ohio) and other laypeople, he soon found a solution. “We would help to get things, basic groceries, shoes for the children, school supplies,” Fr. Louis says. “Herminia knows all these people. She knows what they need, she visits them in their homes, and she can help to provide things that they do not want to ask for.”

Typically, a charitable outreach like this is documented with receipts from those receiving help. This idea wouldn’t work in a community suspicious of authority and any sort of documentation. A more creative, more Comboni approach was needed.

“Herminia will bring the packages to the families,” Fr. Louis says, “and she sends me a photograph. These are our ‘receipts.’”

“Not only does this assure that things are being managed properly,” he says, “but it also gives us a chance to see the difference these small things make in the lives of the people. There is visible joy, gratitude, relief in these faces.”

While continuing to serve the archdiocese in Hispanic ministry, Fr. Louis is also the local superior for the Comboni Mission Center in Cincinnati. He is responsible for the grounds and building where he first attended classes more than 50 years ago. He also says Mass for area parishes, hospitals, and religious congregations, and he is helping to staff the Comboni Missionaries’ new family of parishes.

“Whatever you think about life as a missionary,” Fr. Louis says, “that’s not what it is. It is all the things that happen along the way while you think you are being a missionary.”

As he told a local newspaper during the Lenten season, “We solemnize the resurrection on Easter, but Jesus rises every day and appears to people in all kinds of situations. . . . Jesus rises in our world — all over the world — all the time. Where there is death, there is resurrection.”

And wherever there is work to be done—no matter the work, no matter the circumstances, Fr. Louis finds a way to make it happen. He has been a living example of new beginnings, of resurrection all his life. 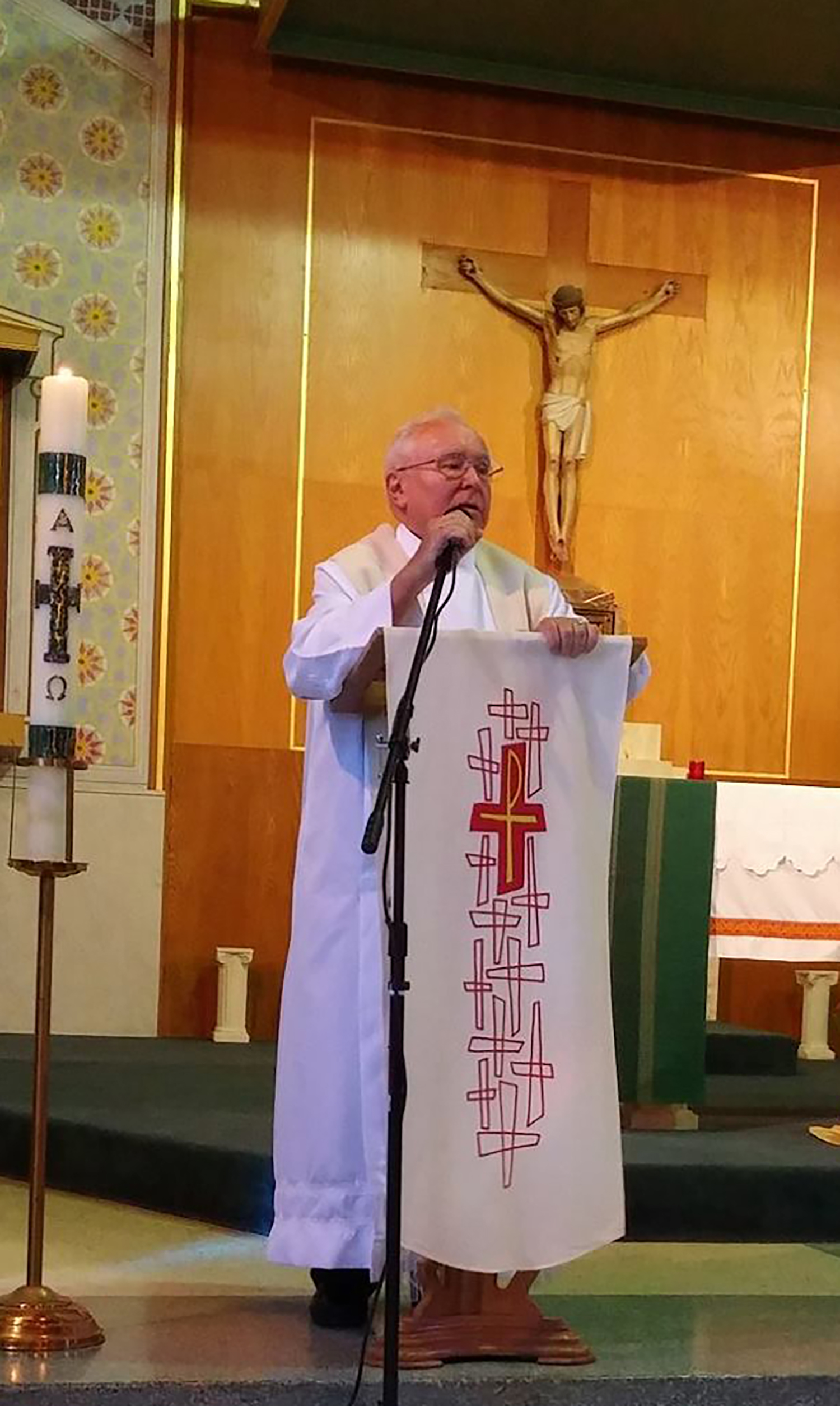 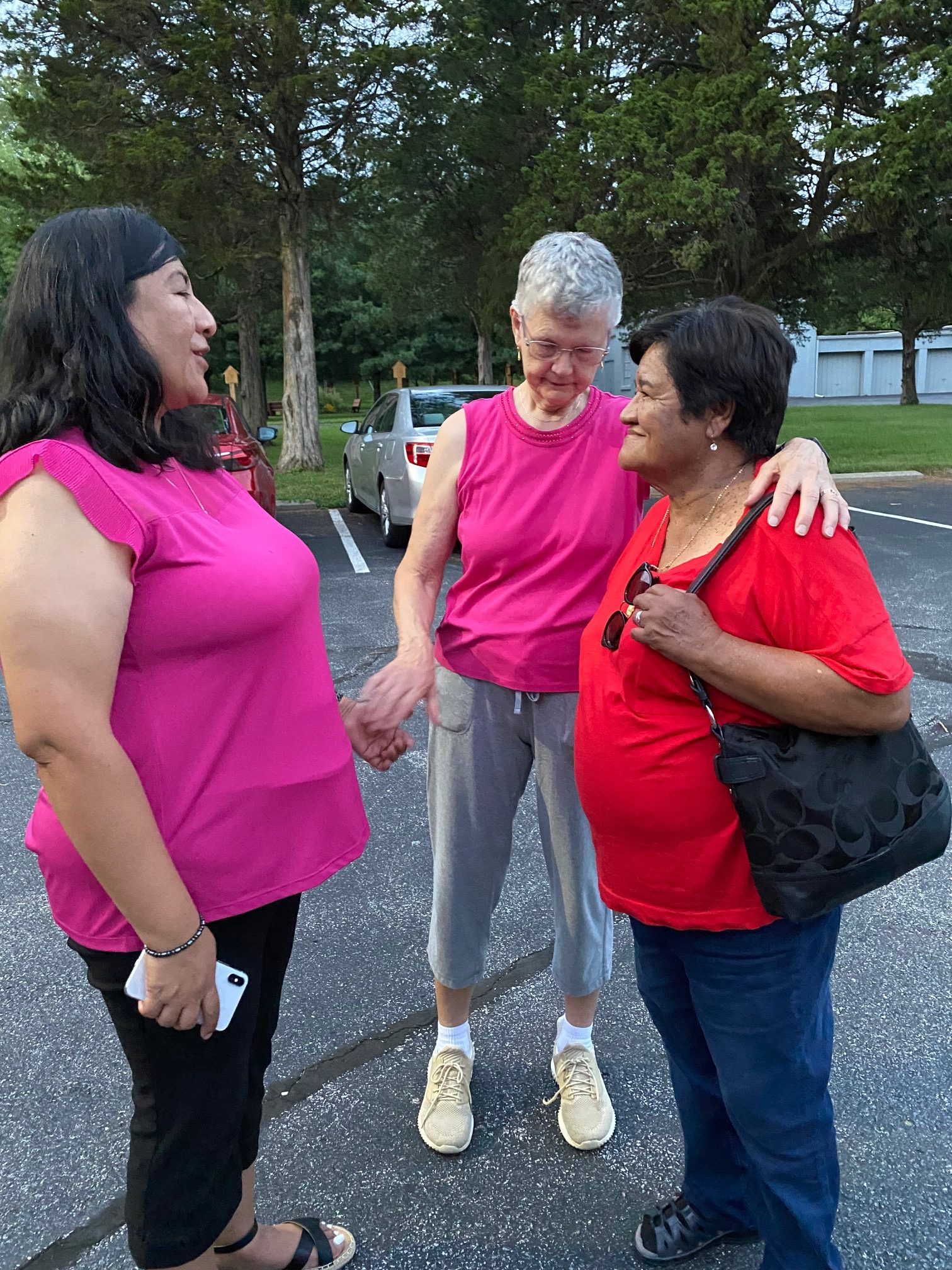 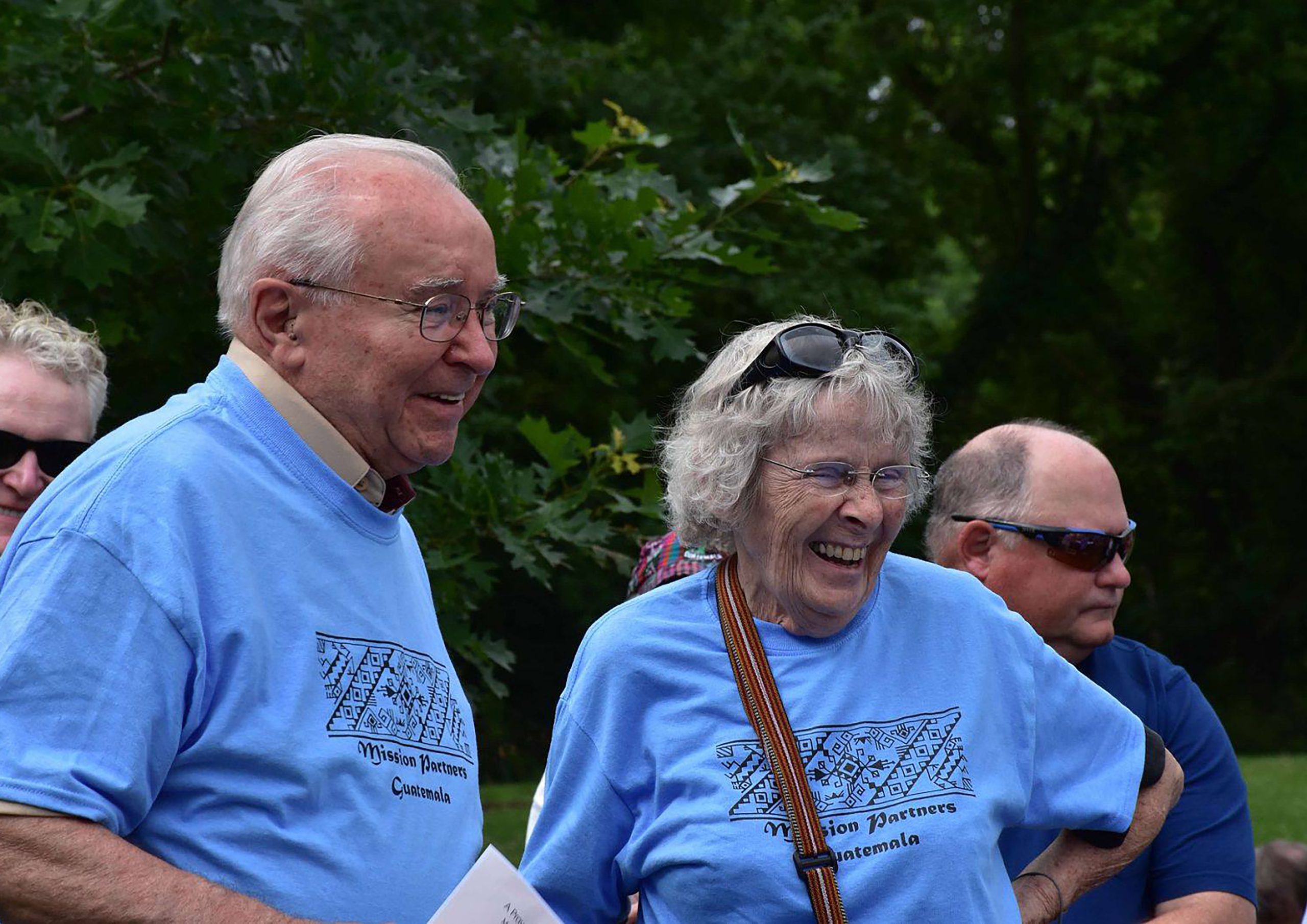 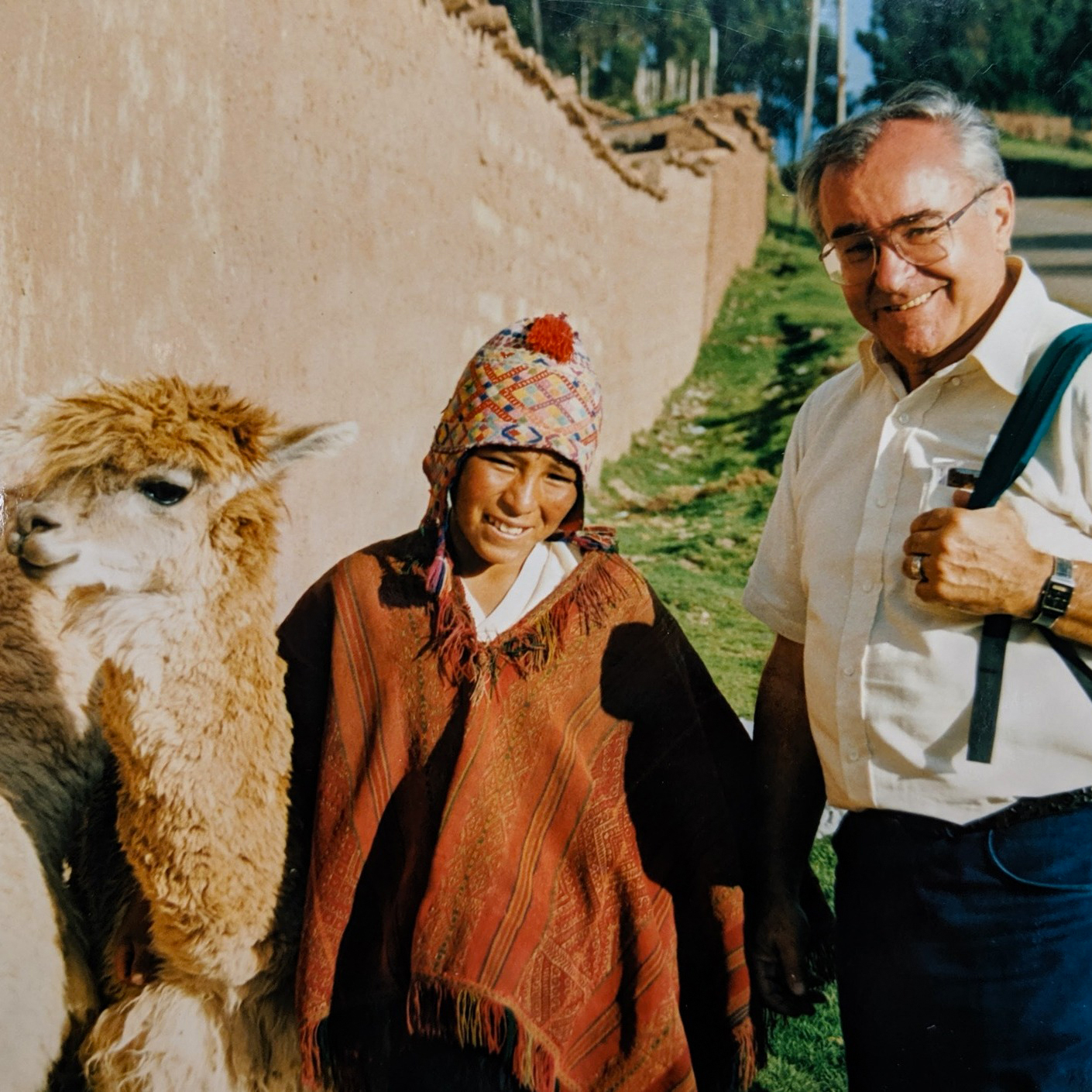 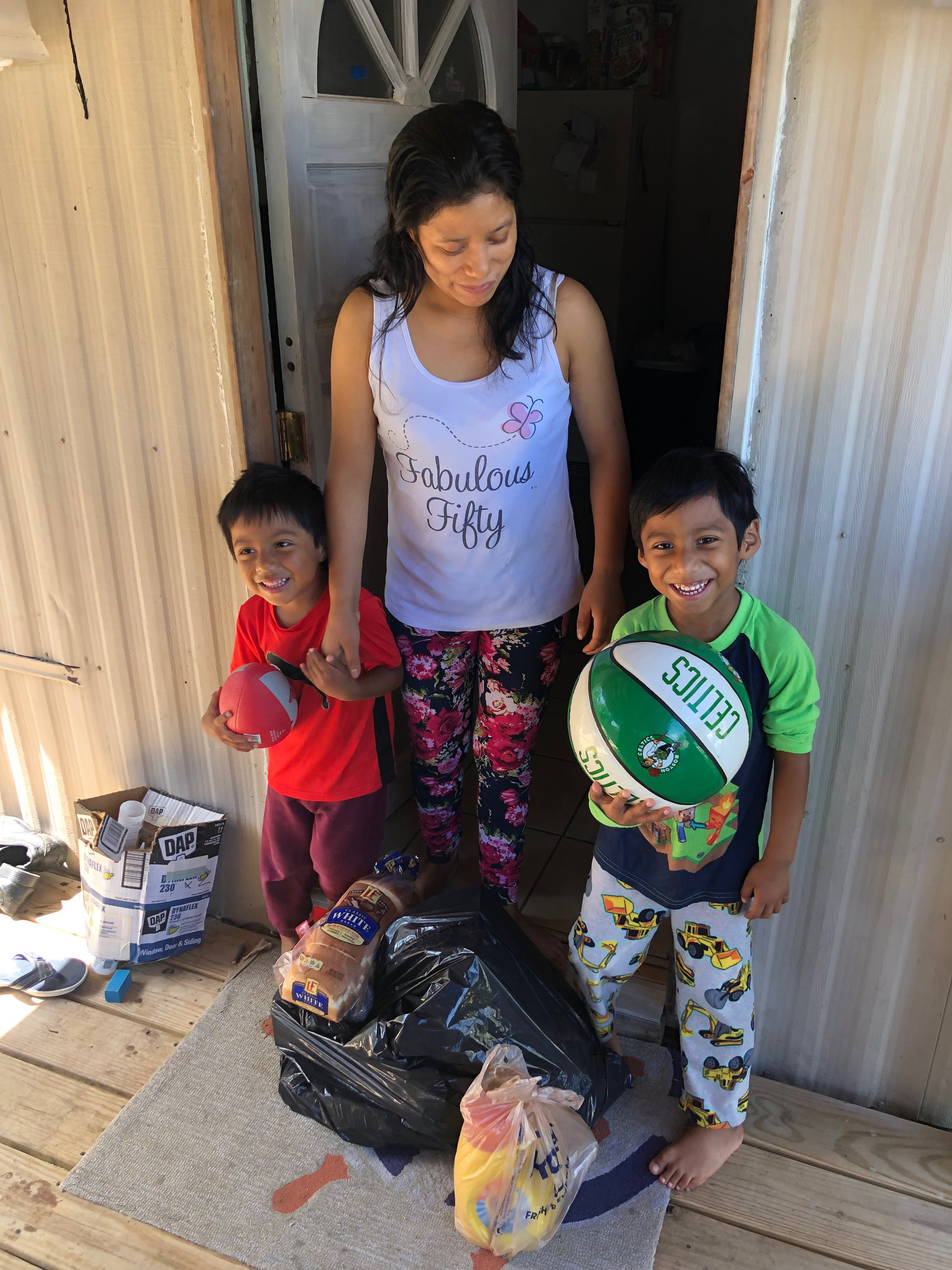