In Memory of Fr. Xavier Colleoni 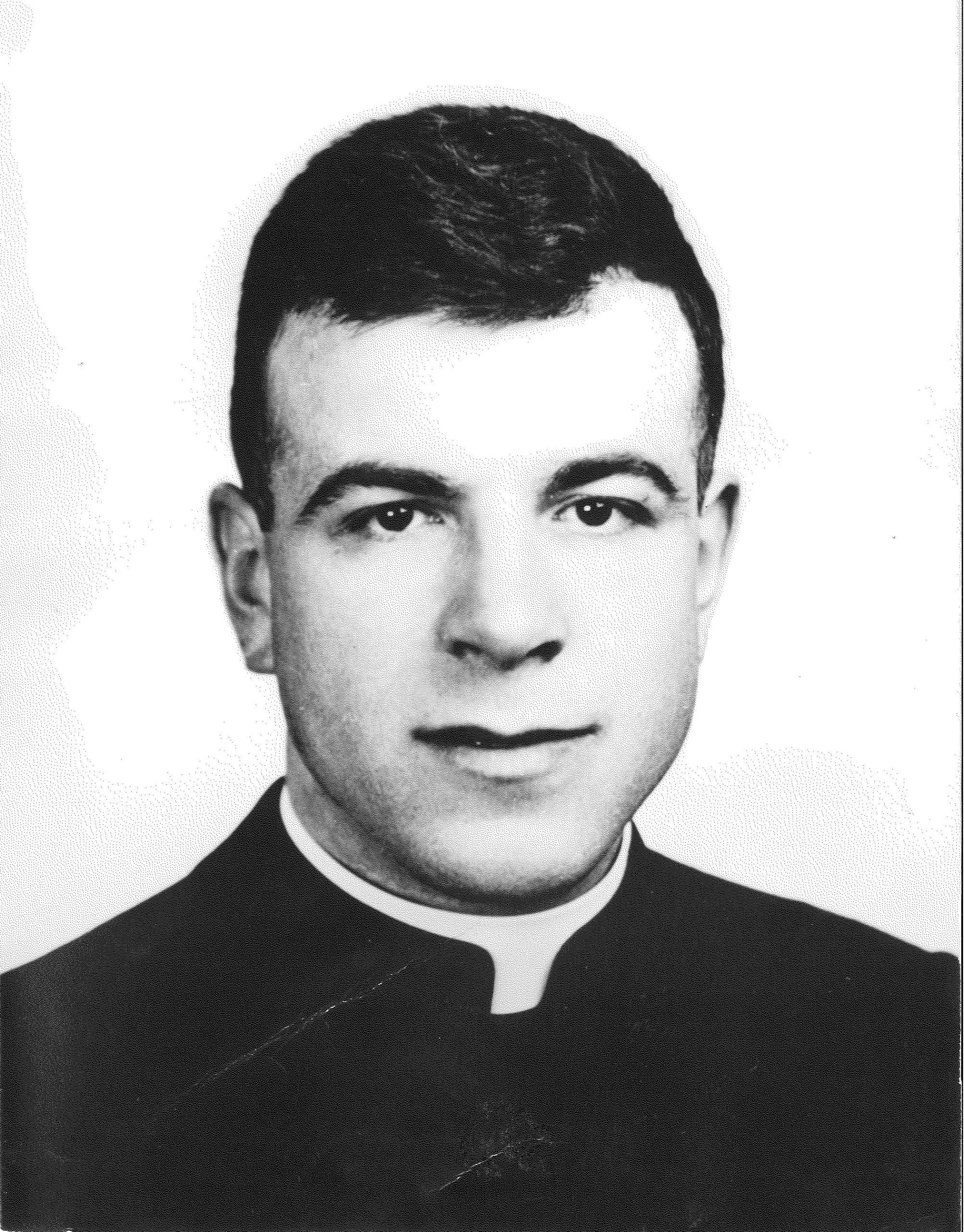 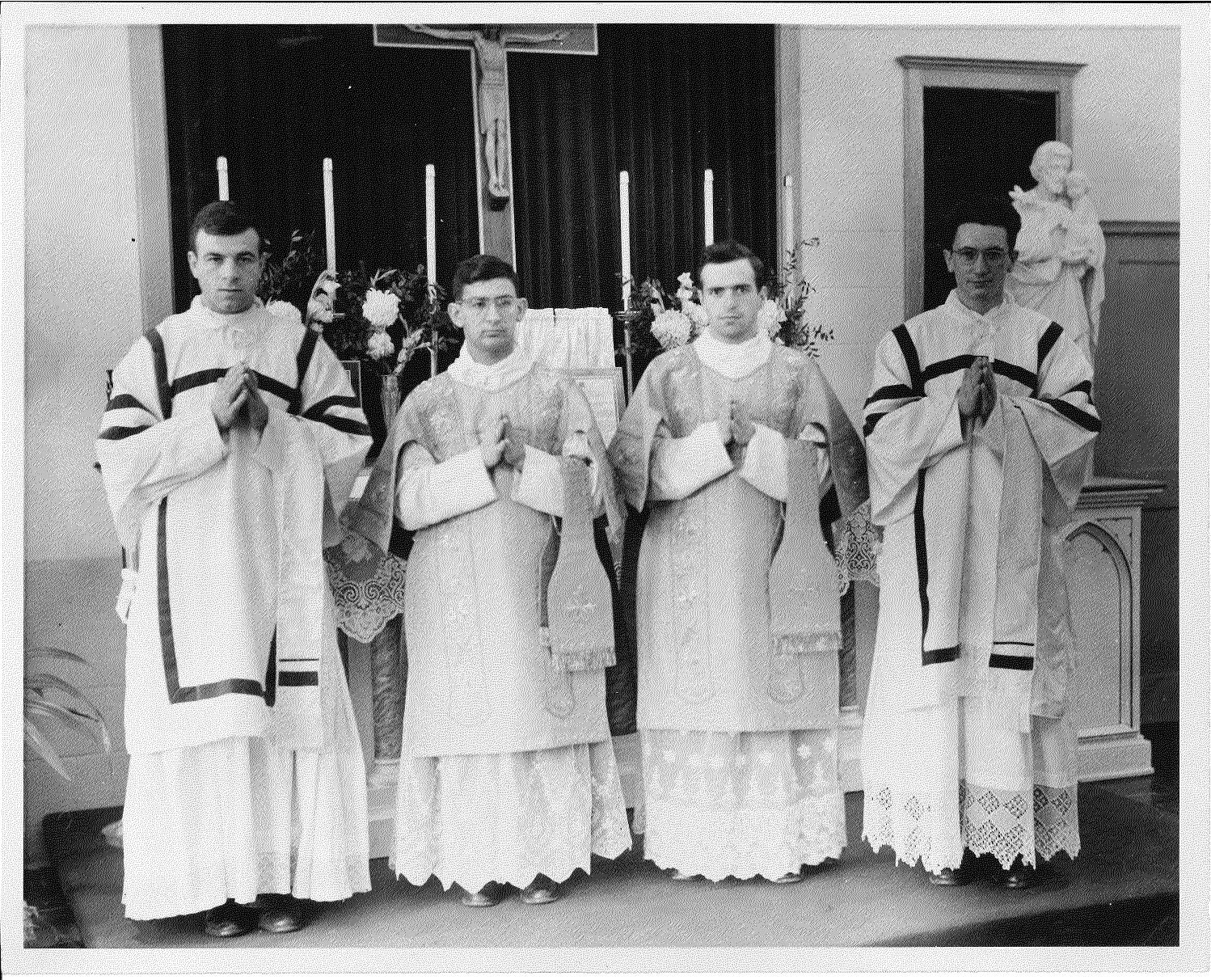 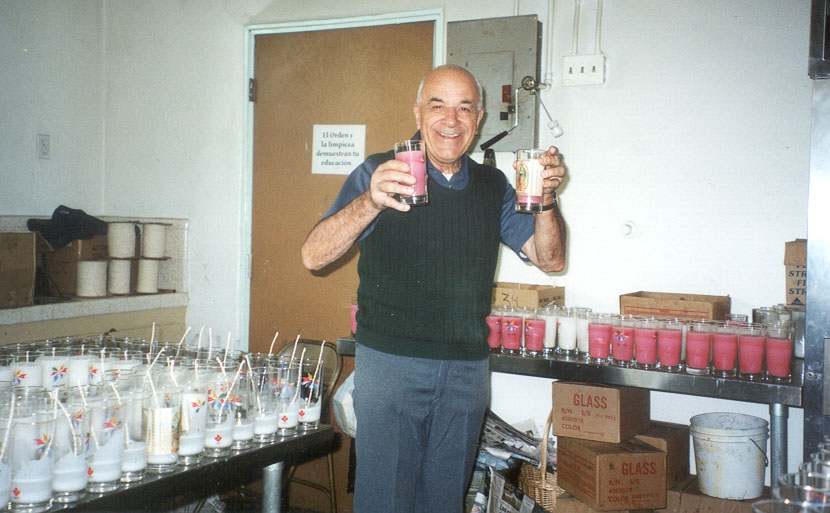 Fr. Xavier Colleoni was a missionary priest, artist, teacher, and friend. For 70 years he lived his life in the missions, spending much of his time with parishes in Los Angeles.

Fr. Xavier died on Sunday, August 21, 2022 at Holy Cross Parish in Los Angeles. He was 95-years old. This past June he celebrated 70-years as a Comboni Missionary.

Born in Bergamo, Italy in 1927, Fr. Xavier first came to the United States in 1948 as a seminarian at Sacred Heart Seminary in Cincinnati, which is now the Cincinnati Mission Center. After his ordination in 1952, Fr. Colleoni taught Latin at Sacred Heart Seminary in Cincinnati. He left his mark at the school in many ways. He painted a beautiful mural for the main chapel. He also helped with stained glass and was instrumental in the creation of the animated Nativity Experience, now enjoyed by hundreds of visitors every year.

After several years in Cincinnati, Fr. Xavier moved to California. From 1972-1982 he worked at Holy Cross Parish in Los Angeles where the missionaries have been since 1970. He then spent two years in Chicago at St. Vitus parish. From 1986-1991, he worked at Mission San Antonio de Pala, where the Comboni Missionaries had been working for many years. The mission closed in 1991.

He returned to Holy Cross after that, staying there until 2002 when he was assigned to St. Cecilia parish. The Comboni Missionaries pastored this parish from 1997-2015, when it was given back to the Archdiocese of Los Angeles. For the remainder of his life, Fr. Xavier stayed at Holy Cross parish.

In every parish he served, Fr. Xavier worked closely with the Hispanic communities. Through his stable presence at each parish, Fr. Xavier helped grow ministries often reaching people on the margins. He adored his work with the parish communities, often asking to remain in his mission.

Later in life Fr. Xavier took up a new hobby – candle making. A local businessman used wax for his business and donated the extra wax to the mission. Fr. Xavier turned that wax into candles which he then sold to support Holy Cross.

Fr. Xavier spent his twilight years at Holy Cross parish, helping out with ministry when he was able.

A funeral mass will be held for Fr. Xavier on September 8, 2022 at Holy Cross. The burial will take place on September 9, 2022 at Mission San Antonio de Pala.

Fr. Xavier has the distinction of being one of only six missionaries buried at Pala. The other Comboni priests buried there are: Fr. Dino De Grandis, Fr. Januarius Carillo, Fr. Frank Di Francesco, Fr. Dominic Pazzaglia and Fr. Walter Mattiato. Every year a group from the Covina Mission Center drives to the mission for mass at the small chapel. 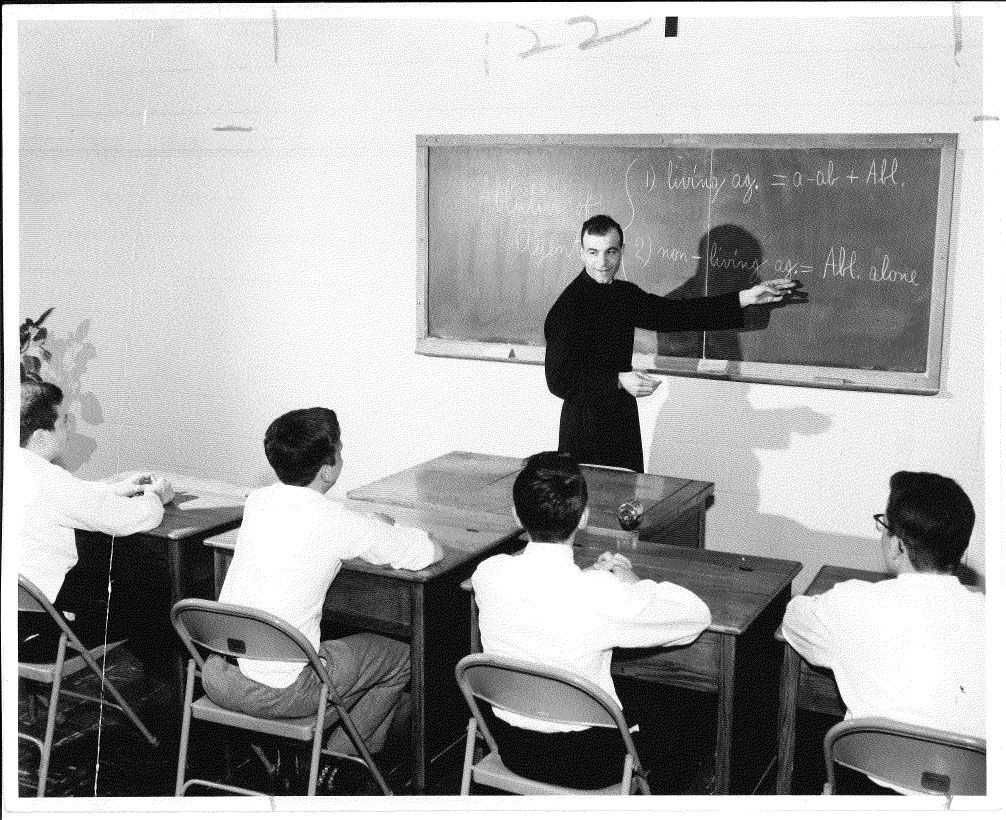 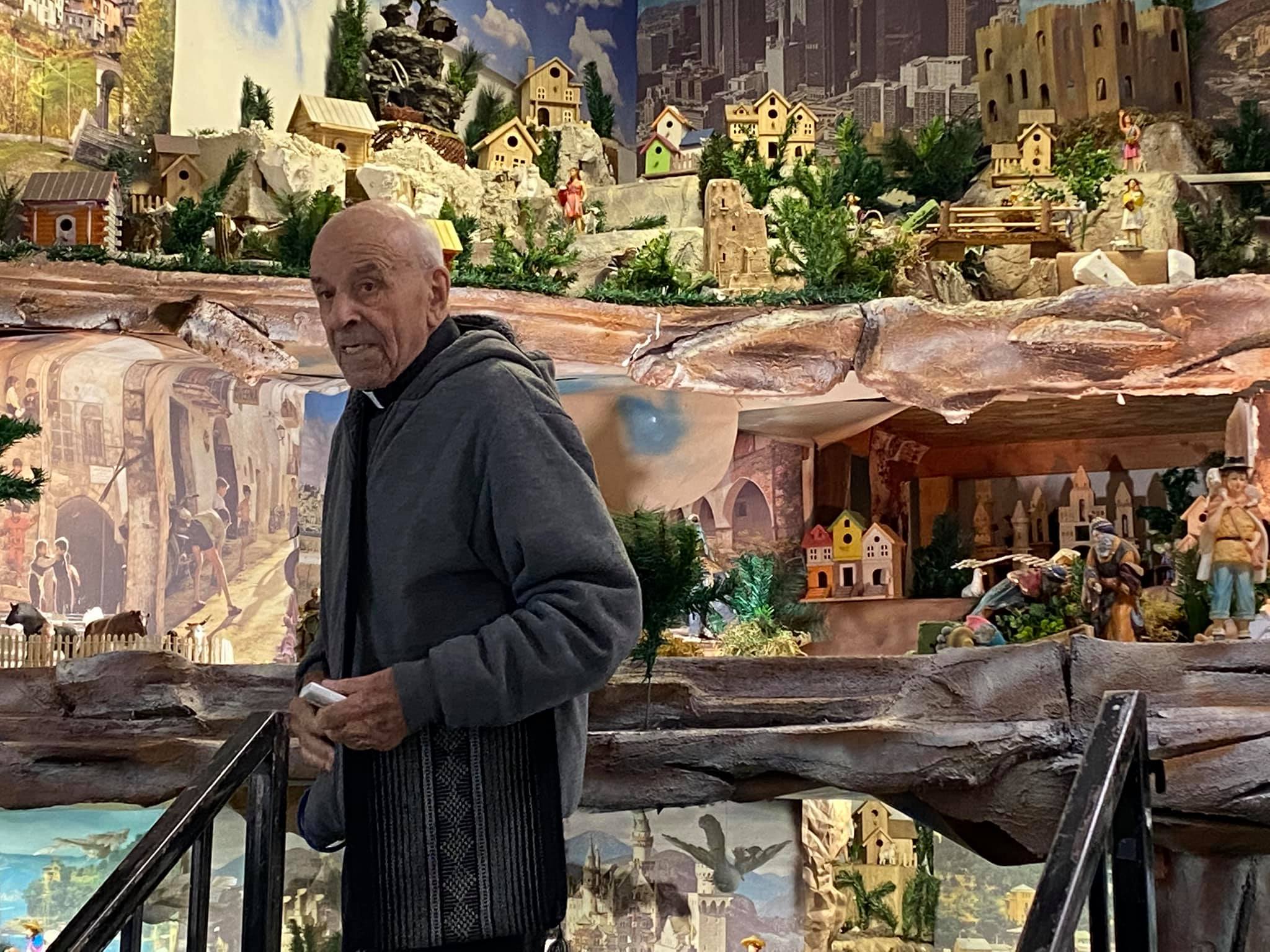 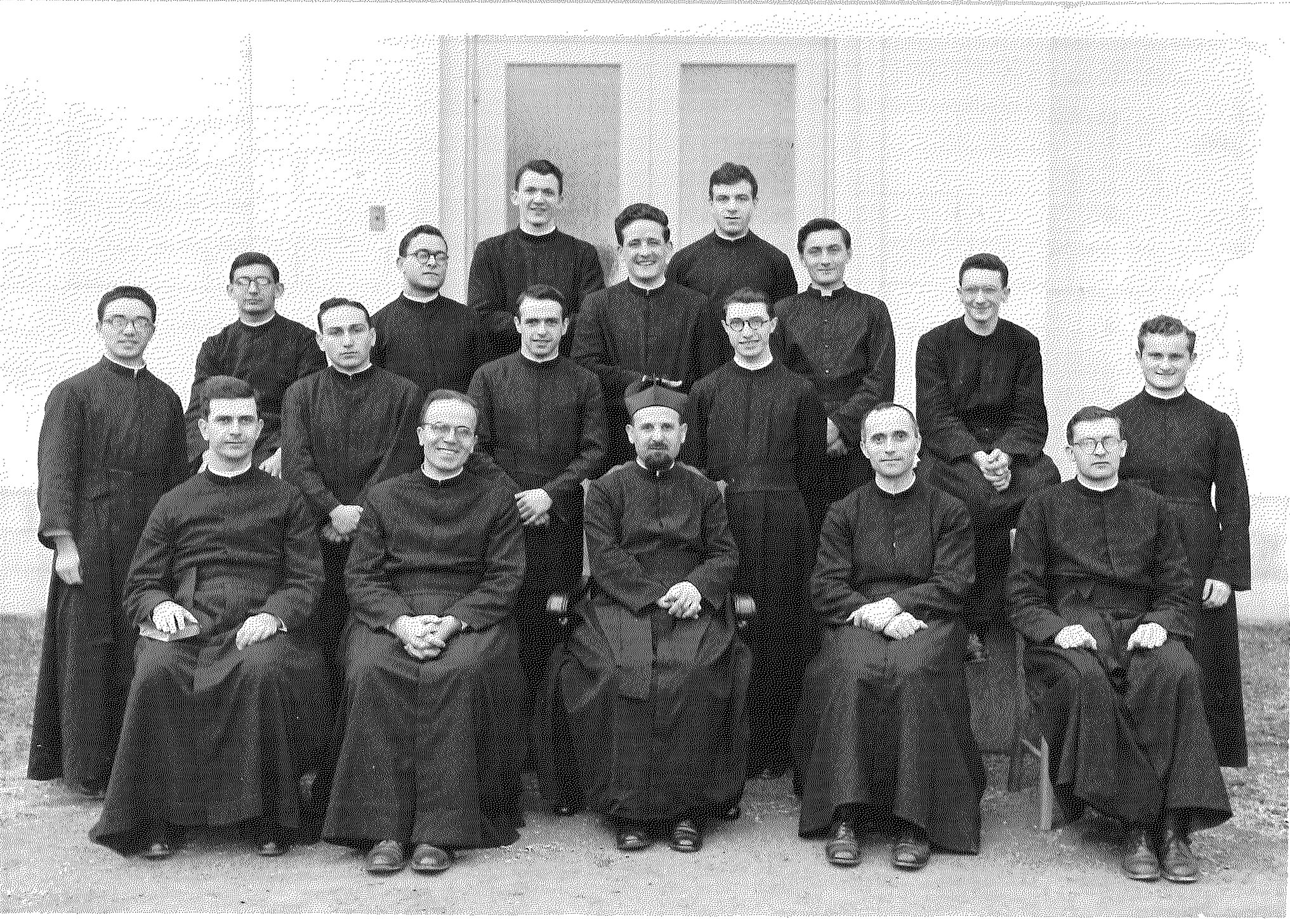 This mural was painted by Fr. Xavier Colleoni when he lived in Cincinnati.
It is to the left of the altar in the chapel at the Cincinnati Mission Center.