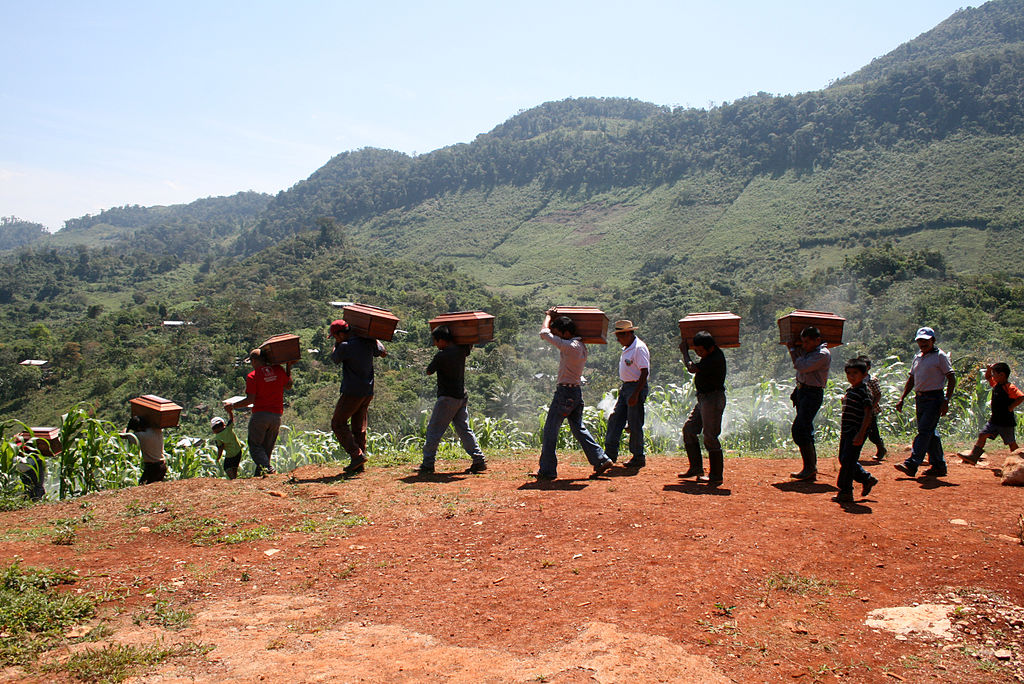 The civil war that ravaged Guatemala for nearly 40 years ended with government promises to redress the crimes of military groups active during the conflict. Survivors are now saying that the government is retreating on those commitments and violating the legal protections of the peace accords.

“It concerns us and at the same time it fills us with anger,” one victim told VICE News. “What they seek is impunity, and for everything that happened to be forgotten.”

Photo: As part of the peace agreement, mass exhumations determine the fate of victims of the civil war. Via Trocaire / CAFCA archive.