God Must be Living in Matany 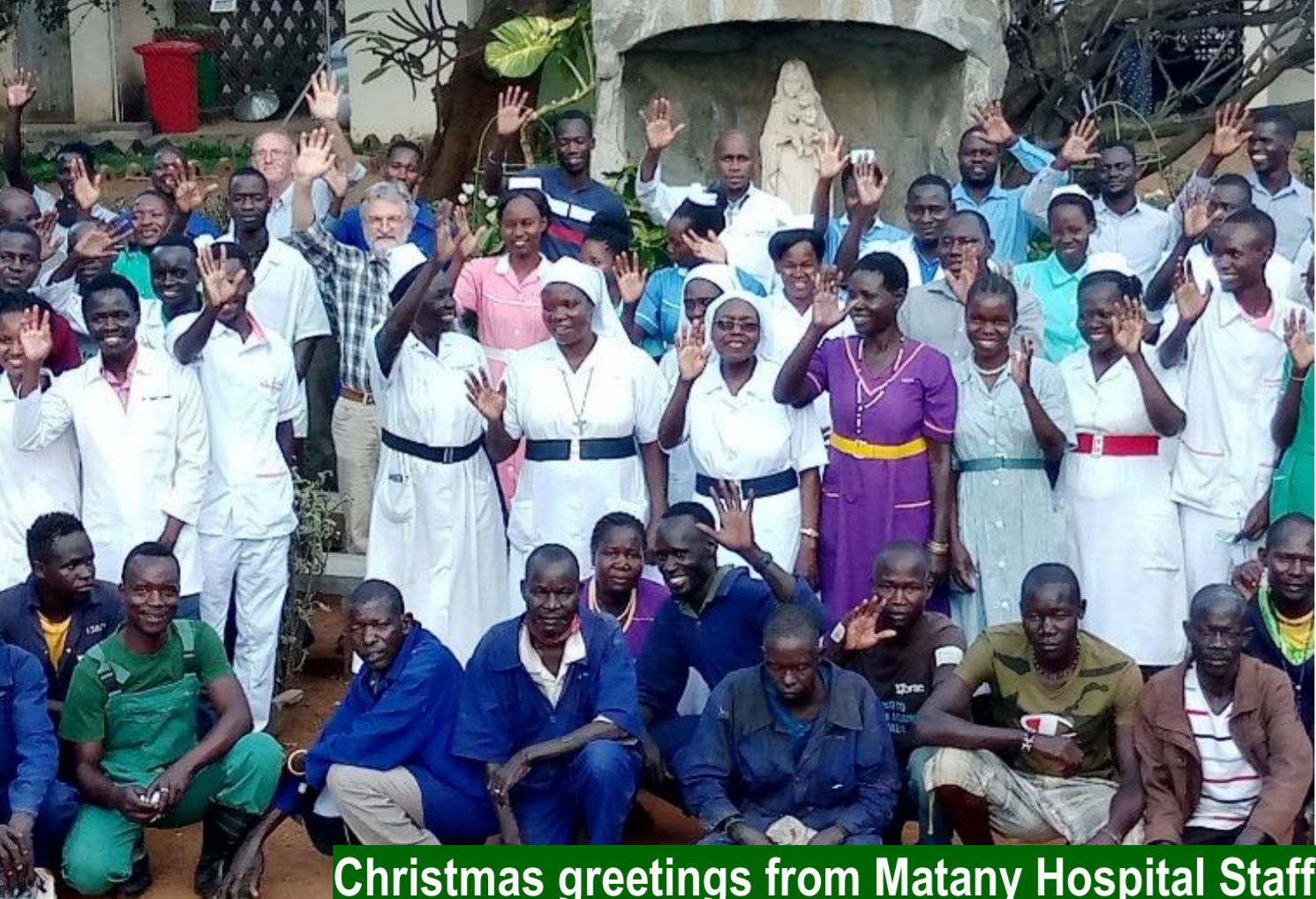 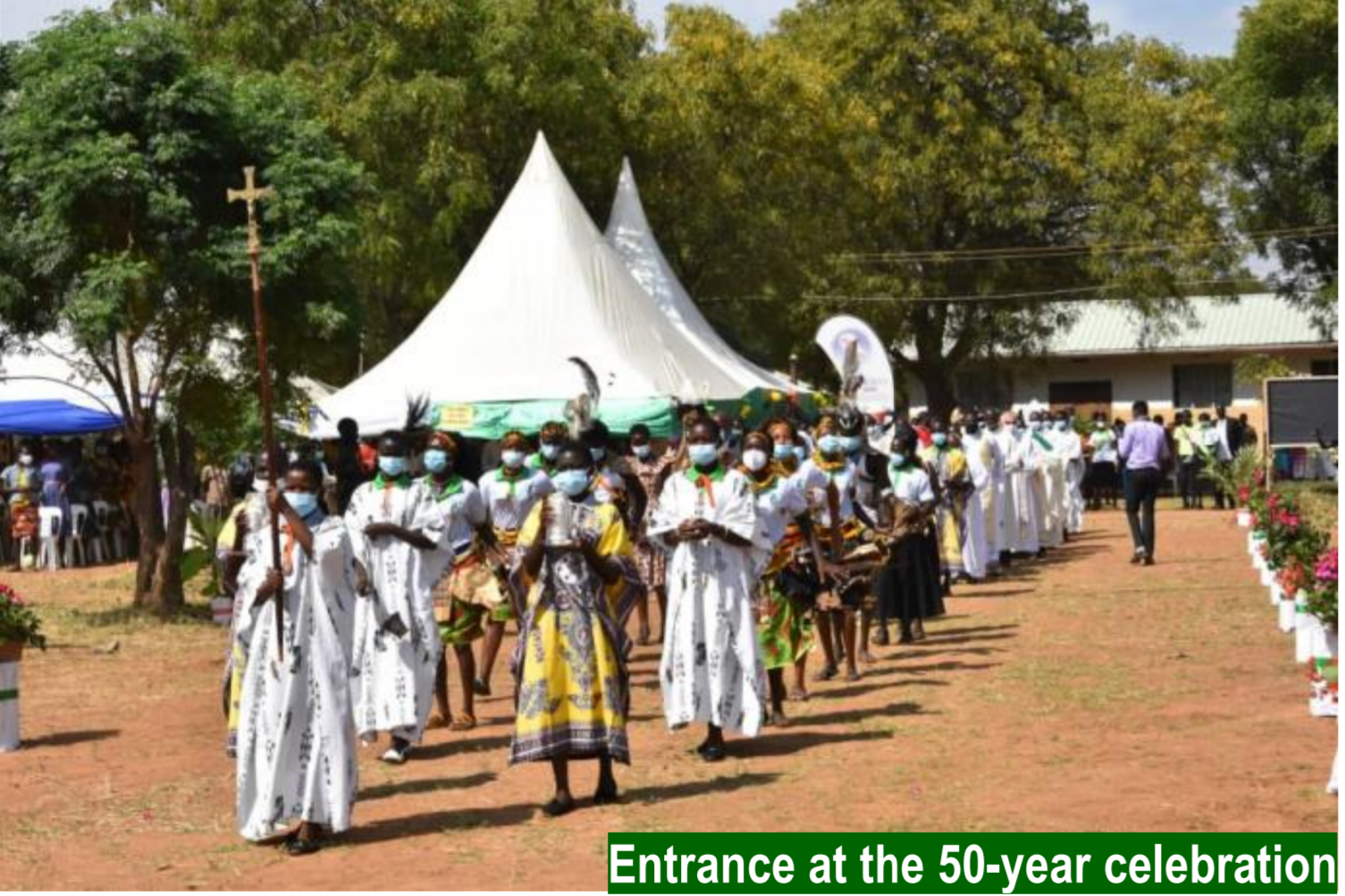 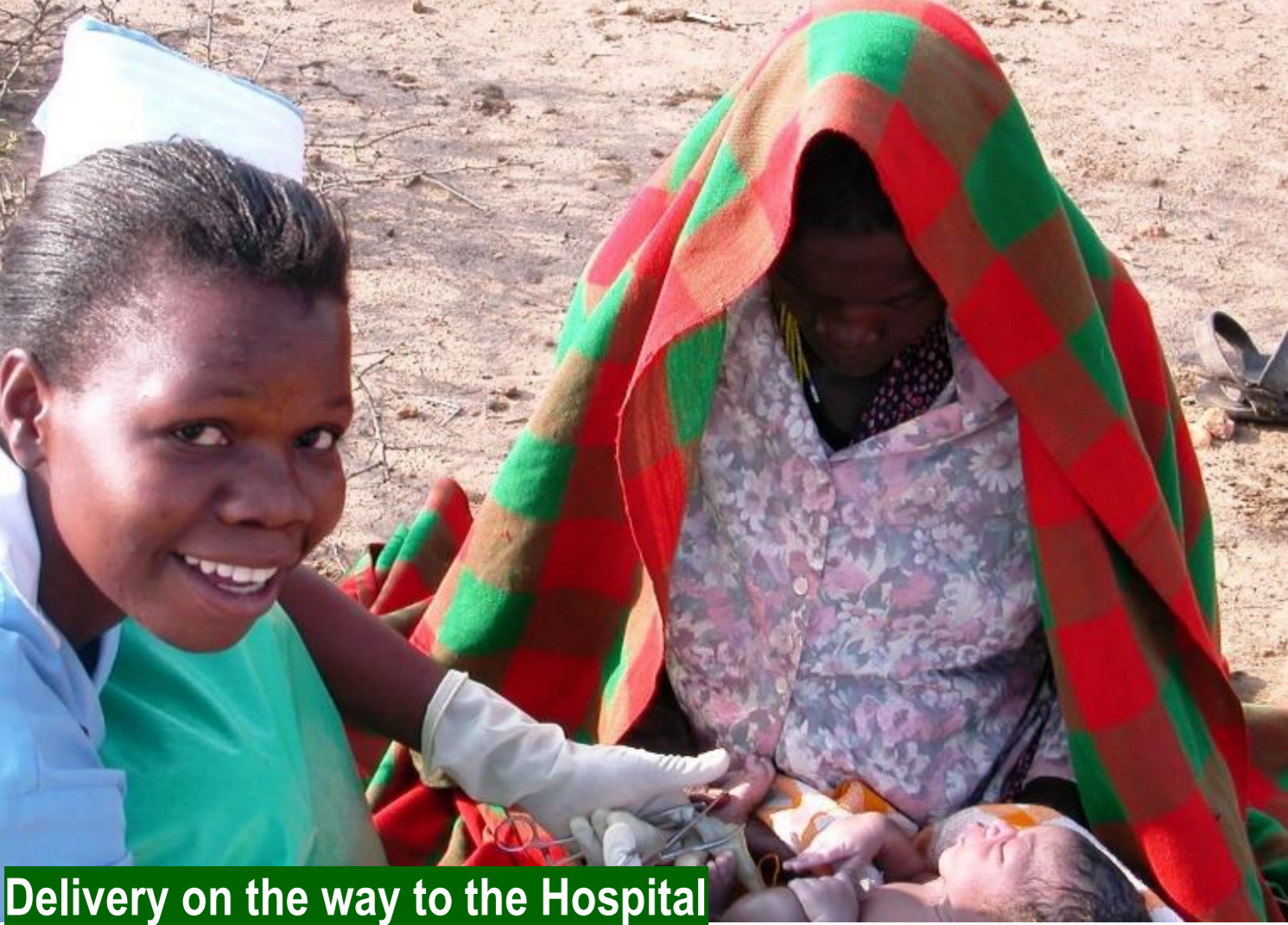 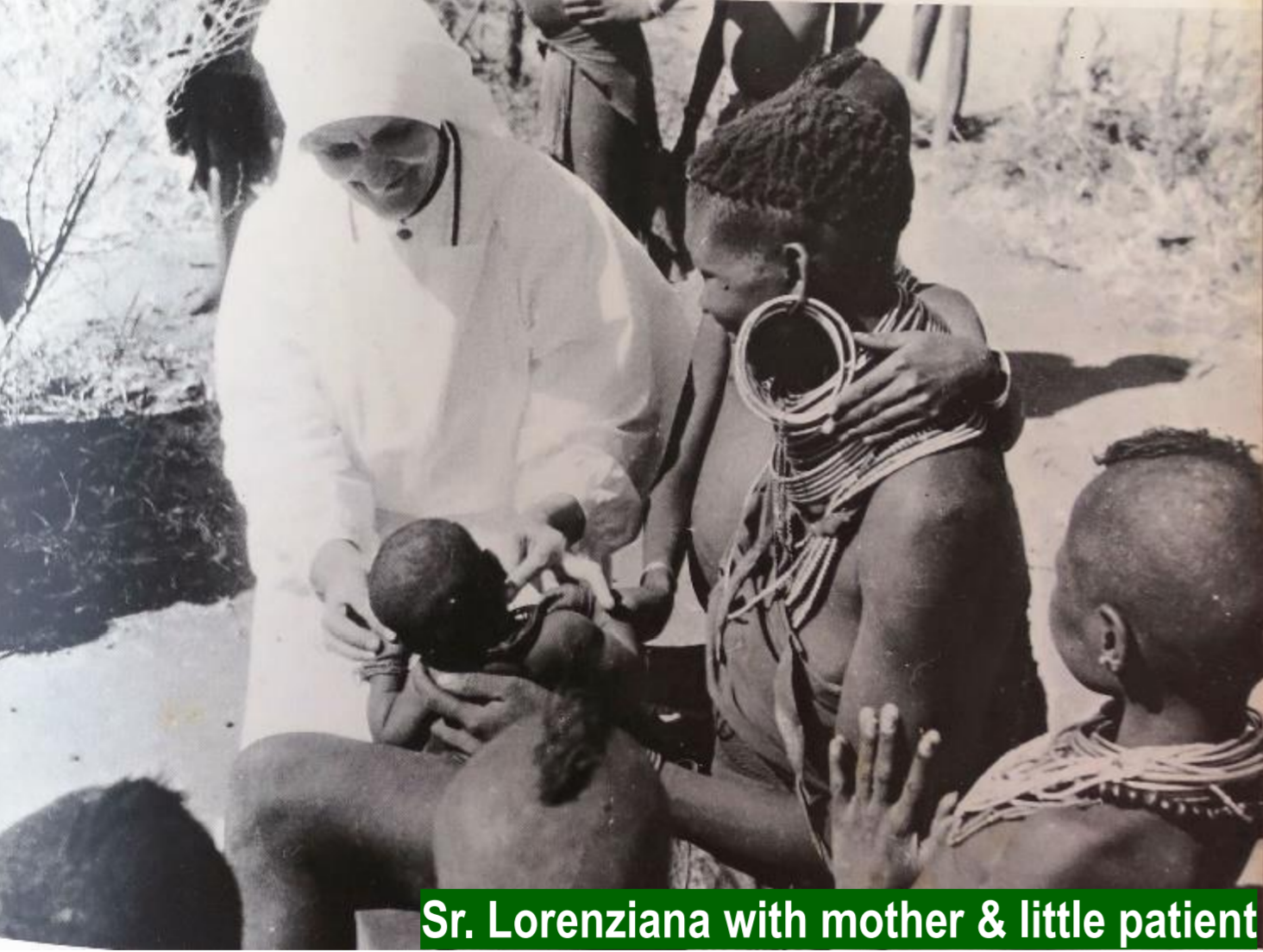 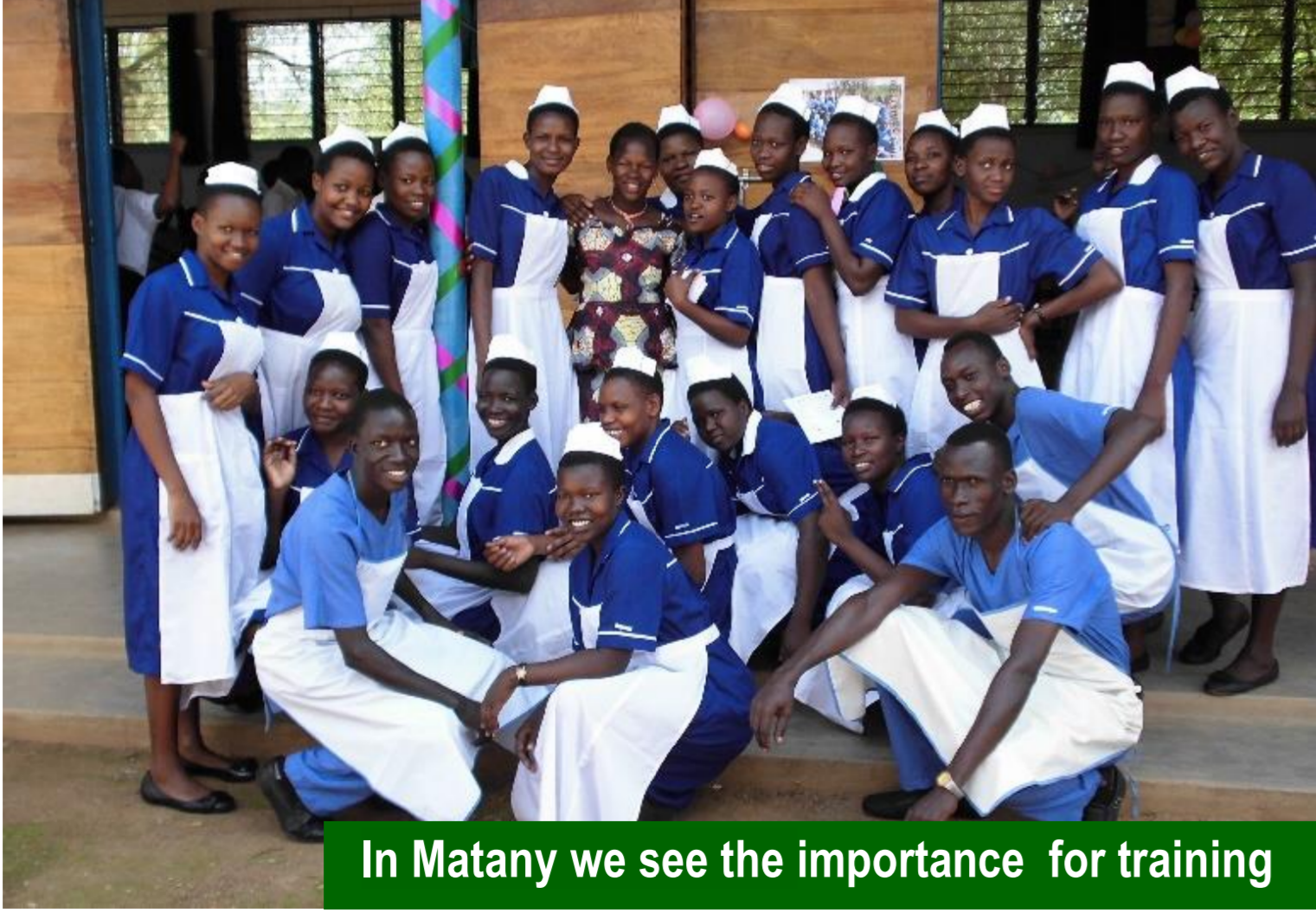 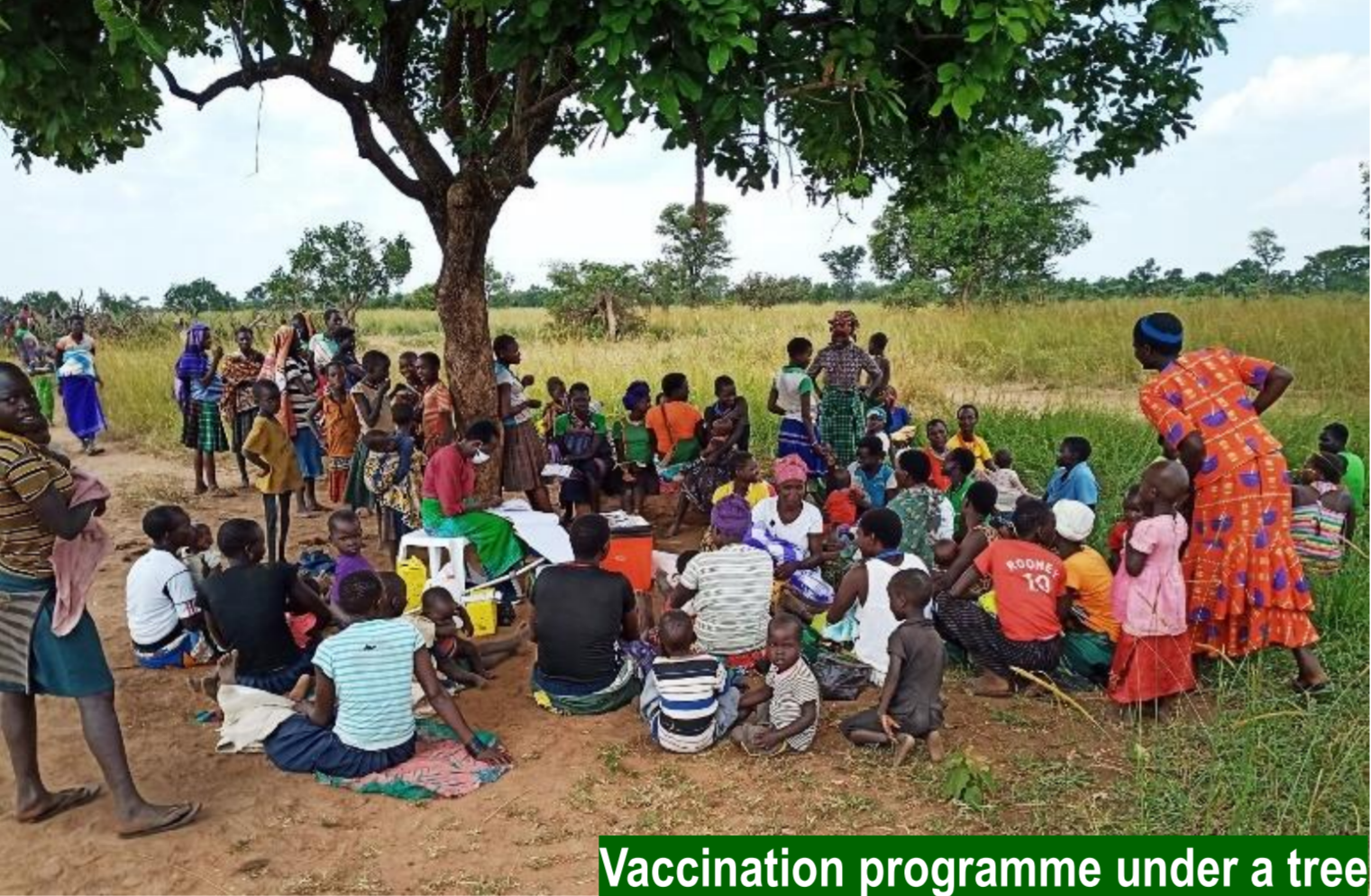 On Christmas we celebrate God’s affection to us human beings. We wish you all the experience of God‘s closeness in the New Year 2022.

A letter from Bro. Gunther at St. Kizito Hospital Matany

How should I start my Advent and Christmas letter this year? There are still a few weeks until Christmas and there is still so much to be done. But deep down I feel the need this year in a special way to make something out of that time, to shape it very consciously and to go along with it.

Perhaps there is a simple explanation: After all the depressing headlines that have dominated the news of late, and which have shown the world in many ways in a troubled state, one is looking for something that “warms the heart.” Advent and Christmas can undoubtedly do that.

Our ancestors often got together for the feast under completely different circumstances and devoted a lot of energy to making it a festival of love for one another. Was this a protest against those external circumstances and their merciless rules? According to the motto: I will not let myself be deprived of hope for a better world – for a world that is based on love, peace and warmth?

For us, however, this hope is based on the fact that God gave himself into the world, into our little human existence: the child in the manger brings the news “of the love of God, which is in Christ Jesus our Lord” (Rom. 8:39).

The 50th anniversary of our hospital, which we celebrated on November 6th, gave hope here in Matany. Looking back on the small beginnings from which so great things grew, it became clear how much trust in God and divine guidance were involved in making this miracle possible.

In 1968 a small group of Comboni Sisters set themselves the goal of making Matany a “place of healing”. Sr. Lorenziana, whom I was able to meet here in 1998, was the first matron – a humble, lovable sister who devoted her whole life to the Karimojong.

In December 1970 the hospital was built with the help of Misereor. The construction was supervised by Comboni Brother Pedrinoli, who – like Sr. Lorenziana – is buried in the local cemetery. While the nursing care was managed by the Comboni Sisters, the medical responsibility was taken up by CUAMM, a faith based medical organization from Italy. The administration is carried out by the Comboni Missionaries.

Since the importance of primary health care was recognized in the villages, simple health assistants were trained from the start. They gave health and hygiene education, helped improve nutrition by introducing new plants, traced malnourished children, supervised the treatment of discharged tuberculosis patients and carried out various vaccination programs.

In 1984 the Nursing Training School was opened, and from 2010 the training of midwives is also offered. This institution quickly became known nationwide and is considered to be one of the best schools in the country, as our candidates regularly excel.

We dress the wound, God heals it.

In 1989, British midwife Sally Graham started a training program for traditional birth attendants (TBAs) at Matany Hospital. Since most of the births took place in the villages, the TBA training was intended to improve the health situation of mothers and newborns.

It was often difficult to find enough doctors for Matany. In 1996 there was a financial crisis – salaries had to be increased, and the importation of medicines, which often came as donations from overseas, was banned.

The then necessary increase in treatment fees led to reduced patient numbers – the simple people could not raise the money. The administrator at the time, Br. Daniele negotiated with the Ministry of Health and obtained government grants from 1997 onwards.

In the late 1990s, cattle raids were the order of the day. On August 15, 1999, I was ambushed and injured in both my legs. I was only able to return to Matany after 7 months – but thanks to the excellent team spirit and the well-coordinated working procedures of the management team, the hospital continued to function without interruption.

The uncertainty in the region made it extremely difficult to find doctors for St. Kizito Hospital – in some years there were only two or three doctors for the entire clinic.

herefore, in 2001, doctors began to take on temporary jobs. Various organizations provided support with specialist staff, including the Senior Expert Service, Horizont 3000 and the Catholic Mission Board. Private contacts were also helpful in the search.

The hospital has grown over the years – it now has 250 beds. There have also been many improvements in the technical field, which were mentioned in the past circular letters: photovoltaic plant, solar hot water system, modern incinerators, large hospital washing machines, biological waste water treatment plant, the modernization of our
X-ray department, new autoclaves in the operating theatre as well as the change to standardised sterile goods containers, new anaesthesia machines, an oxygen plant, modernization and automation in the hospital laboratory, an endoscopy unit … All of these measures were only possible with the active support of many donors and benefactors, development organizations, etc. Thank you!

It is important to us in Matany to train many young people and enable them to provide for their own livelihood. The gratitude of these young professionals is enormous.

A speaker at our anniversary celebration reported what many patients from the southern region experience in St. Kizito Hospital: In Matany they were lovingly cared for and healed … that is why “God must be living in Matany”. Yes, it is our endeavour that our patients experience God’s loving attention through our service.

We celebrate this attention again at Christmas – God becomes human and wants to remain tangible through our actions in the world.

From the bottom of my heart, I wish you all this experience of the closeness of God again and again – not just for Christmas.

Yours,
Br. Günther and Team