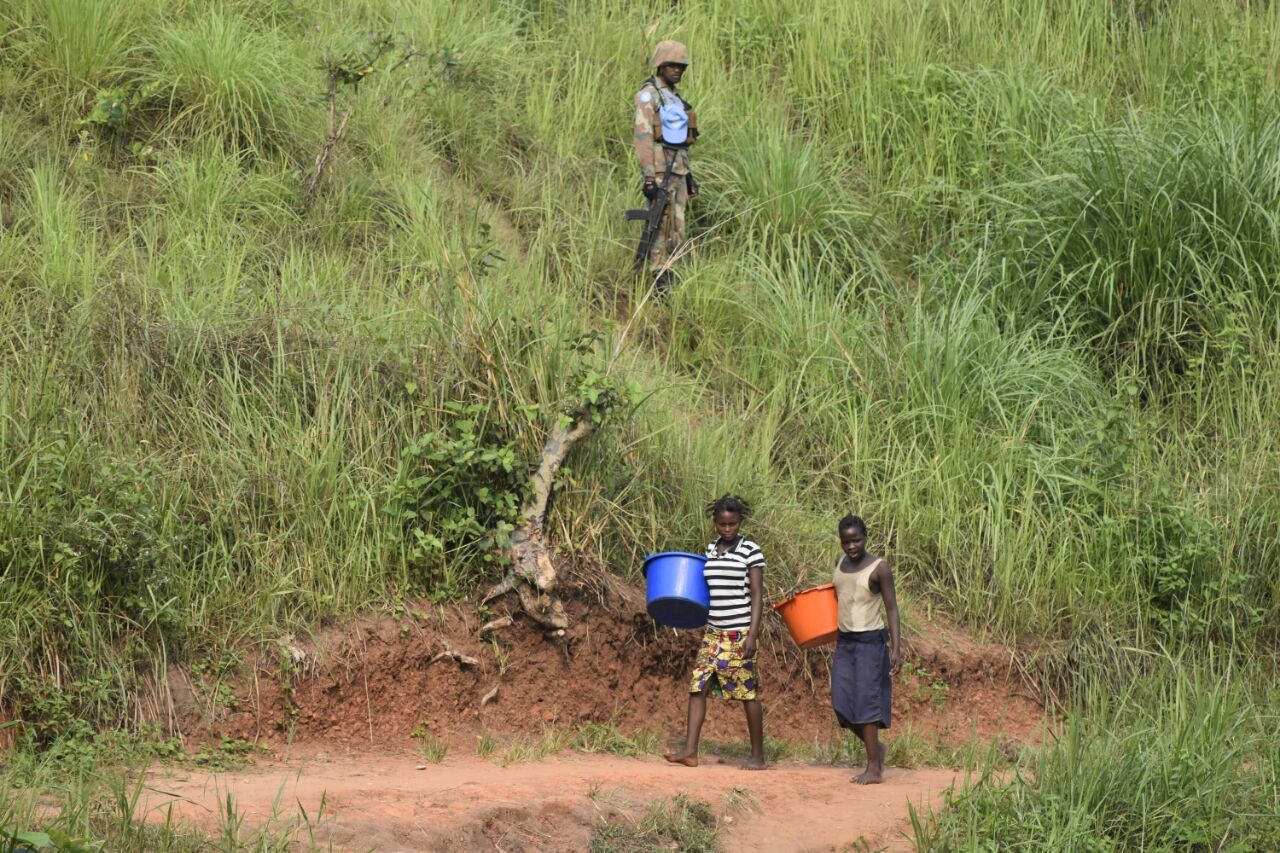 UN peacekeeping forces are struggling to protect civilians from the violence in Kivu, in the northeastern reaches of the Democratic Republic of the Congo. 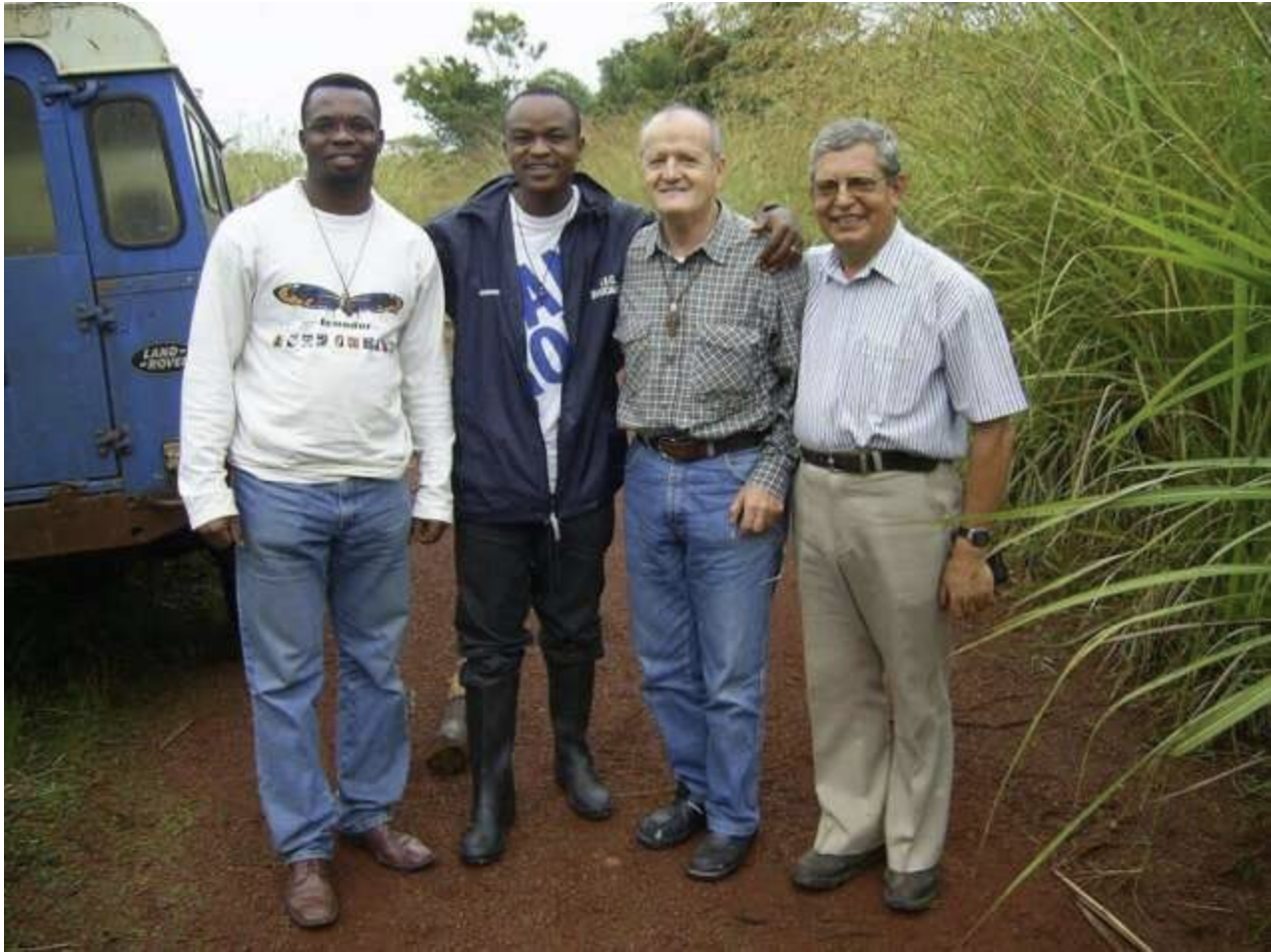 Fr. José is pictured on the right. 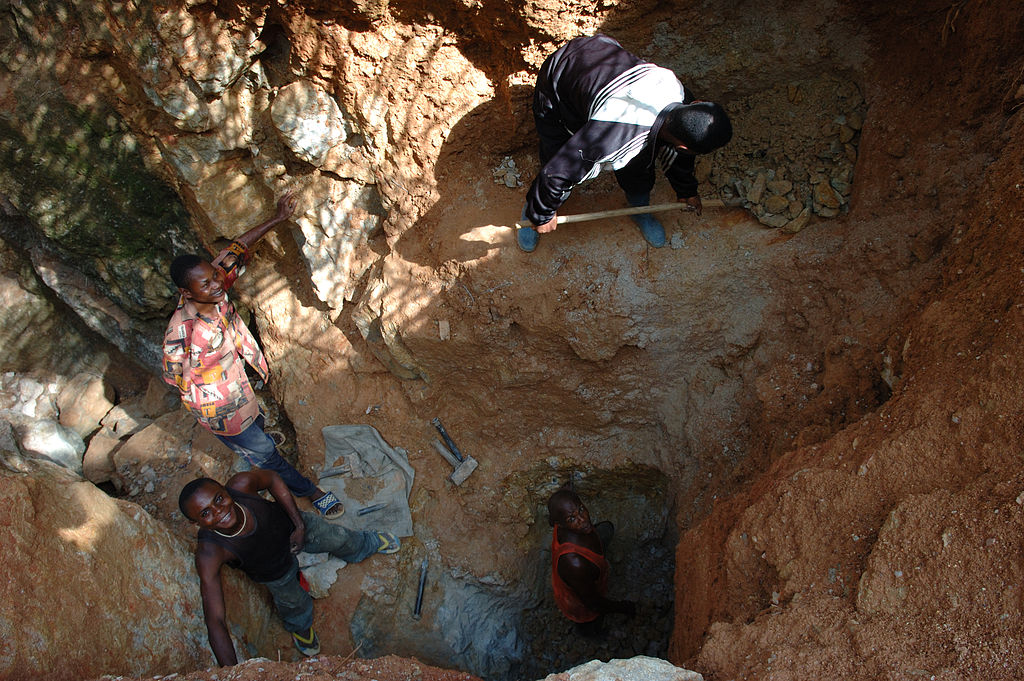 While mining is a leading industry in the DRC, very few residents get a share in the vast wealth hidden below the land.

Fr. José Arieira de Carvalho, a Portuguese Comboni Missionary who has been living in the Democratic Republic of the Congo (DRC) for more than a decade, describes conditions there as a “disastrous sociopolitical situation.”

In the northeast, where the DRC borders South Sudan and Uganda, he reports, “rebel groups roam across the region, looting and murdering…  and driving people from their villages, and making the main roads impassable.”

On October 30 an attack by a group called the Ugandan Allied Democratic Forces (ADF) killed at least 21 people, including Catholic catechist Richard Kisusi. A Catholic church was desecrated, a clinic was looted, several houses were burned down, and an undetermined number of people were kidnapped. A joint project of Human Rights Watch and the Congo Study Group called Kivu Security reports that nearly 700 civilians have been killed by the group this year.

Msgr. Sikuli Paluku, Bishop of Butembo-Beni, requested assistance from UN forces in the region to protect the civilians.

Business Insider ranks the DRC as the poorest country in the world, with an average per-capita income of less than $400 per year. Roughly the size of all of western Europe, the DRC has had its development curtailed by a series of factors, including several recent Ebola outbreaks and political conflict that lasted through most of the 1990s.

Perversely, the DRC is also estimated to be the richest country in the world in terms of natural resources, with mineral deposits worth more than $24 trillion. It has vast supplies of diamonds, gold, copper, Wolframite, cobalt, and coltan—the last two of which power nearly every electric vehicle and mobile phone on the planet.

Aid to the Church in Need (ACN) reports that last year, the bishops of the province of Bukavu, which comprises six dioceses in the region, expressed their concern over the situation, but also warned against drawing simple interpretations. “We [are] of the opinion that the fighting within the communities on a national level is possibly being used as a pretext to hide a conspiracy between internal and external players to obscure the ruthless exploitation of natural resources.”

Fr. Gaspare di Vincenzo told Agencia Fides, “While the whole world, including Congo, was struggling with the coronavirus, here the war continued undisturbed, and is worsening. We Comboni Missionaries try to provide basic necessities. Obviously, as UNICEF has said, children pay the highest price. In addition to having lost family members and witnessing violence, they suffer from severe malnutrition. We have fifty orphans and street children here, but the situation of the children in our country is dramatic.

The archbishop of Kinshasa, Msgr. Fridolin Ambongo, recently appointed to the college of cardinals, spoke at a 2019 ACN event in Paris about the daily violence and the unjust distribution of wealth in the DRC, lamenting that though the DRC is an “immensely rich country” it “is at the mercy of the evil heart of humanity. Large corporations are acting like predators.”