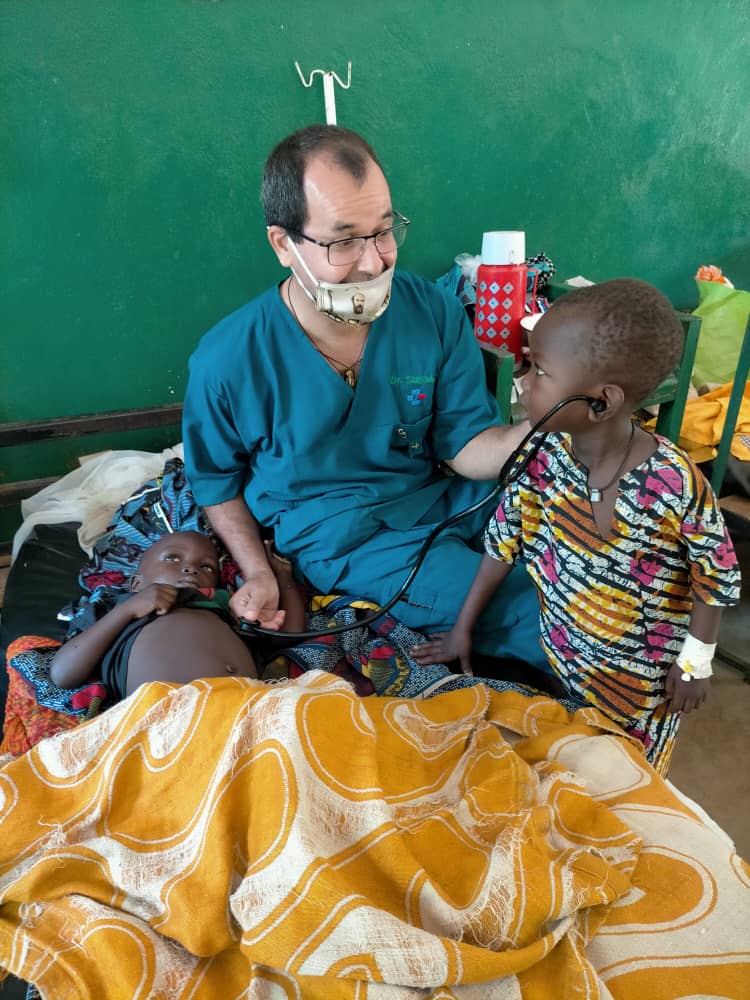 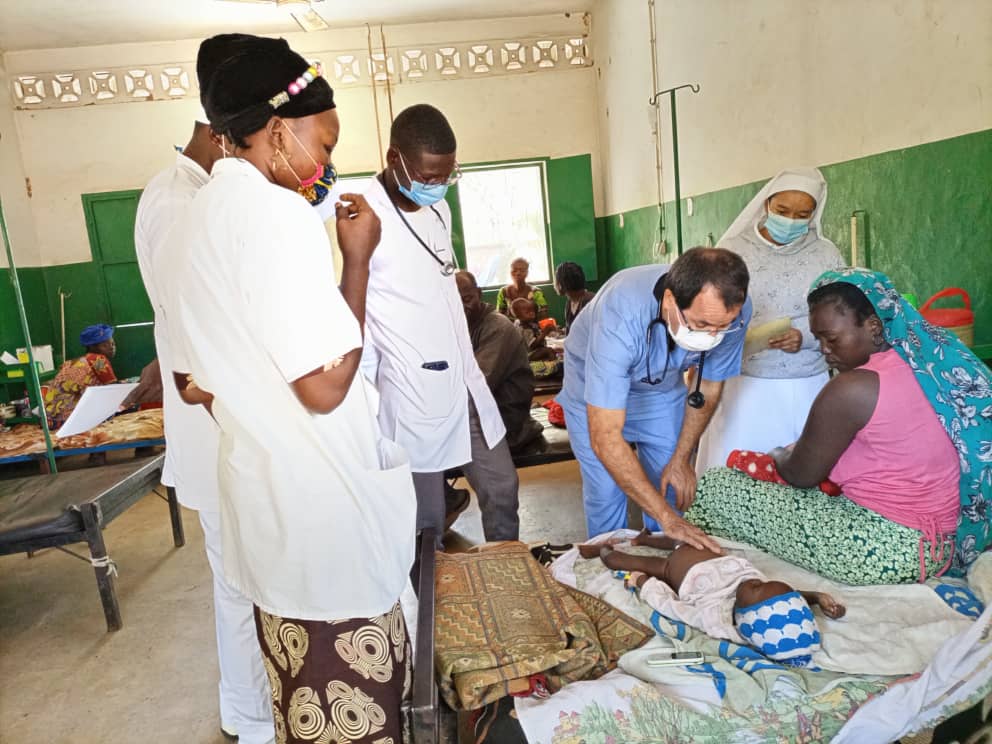 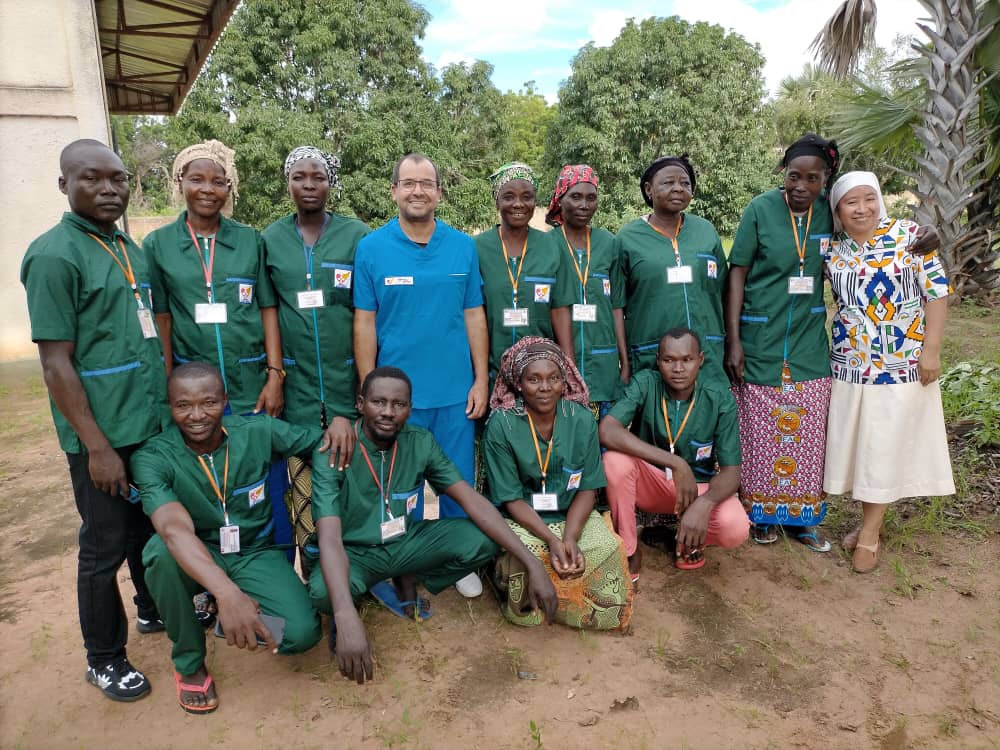 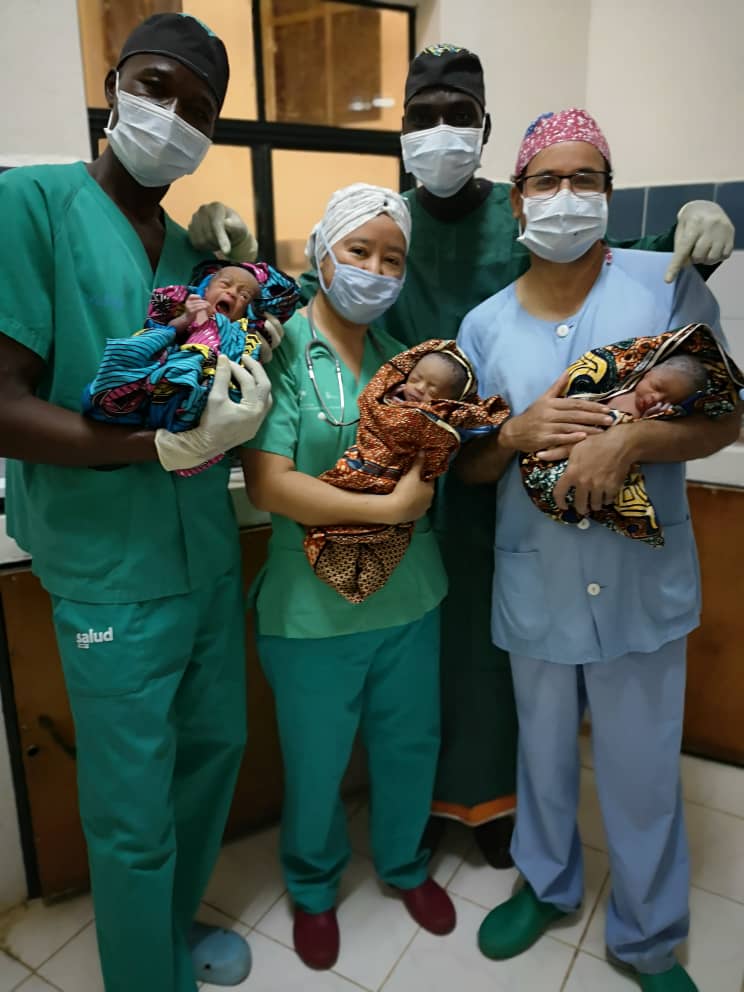 “I am happy to be here. Personally, I like the quiet village life compared to the stress of city life,” Bro. Salgado said. The mission has a hospital, primary and secondary school, pastoral center, and catechumenate. Four Comboni Missionaries — from Mexico, Togo and the Central African Republic — run the mission.

Bro. Salgado’s work doesn’t come without challenges though. He is the only medical doctor at St. Michael’s. Three religious sisters, from Mexico and Guatemala, of the Daughters of the Sacred Heart, help him manage the hospital. Including all the staff, there are only 38 people working at the hospital.

St. Michael Hospital has seventy beds divided into pediatric, surgery, maternity, and medical wards. There is also an operating theater for general surgery. Every year an ophthalmology surgical camp with specialists from Spain volunteer at the hospital.

“My work begins with the ward rounds, followed by outpatient consultations, ultrasound studies, and minor surgeries. Tuesdays and Thursdays are reserved for major surgeries, and emergencies are attended to at any time,” Bro. Salgado said.

The work is challenging, but so is the climate. Chad is very hot, with temperatures staying in the 90s most of the year. There is a short rainy season from June to September followed by a long, dry season. Donomanga is also difficult to reach with unstable roads which are often flooded during the rainy season. It is a two-hour drive from Doba, the closest city for shopping.

When Bro. Salgado first arrived in Chad he had a difficult time adjusting to the heat. Dehydration was a big problem, often leading to kidney stones. Malaria is also a concern. This past rainy season he suffered three malaria attacks.

The biggest challenge he faces as a medical doctor, though, is a shortage of experienced medical coworkers.

“I don’t have a colleague to discuss clinical puzzles with.” While he has grown in confidence and decision making, he also has had to rely on guidance from medical friends online.

Due to the limited resources of the area, St. Michael Hospital does not make enough money to be sustainable. They rely on donations to keep the doors open to help anyone in need.

Because the people of Donomanga have very little, they are often hesitant to seek help from the hospital, often relying on home remedies, until the situation is desperate. Malaria complicated with severe anemia in children is the biggest concern, quickly followed by malnutrition.

“We have several needs. For example the hospital could use solar energy which would reduce a lot of our expenses for fuel,” Bro. Salgado explained. “We need an X-ray machine, an autoclave for sterilizing clothes and surgical instruments, and a refrigerator for the blood bank.”

The water reservoir leaks and needs to be rebuilt. A tractor would be helpful for cultivating the hospital land and for transporting goods through difficult roads.

Of great importance is monetary donations which could support the salary of a local medical doctor to help Bro. Salgado with clinical work. Volunteers who offer their medical expertise in different specializations are always welcome.

“To work with limited resources is not easy at all,” Bro. Salgado said. Yet, somehow, he makes it work everyday. “We are sensitized to avoid wasting, and we recycle a lot. Sometimes we are forced to be creative and inventive.”