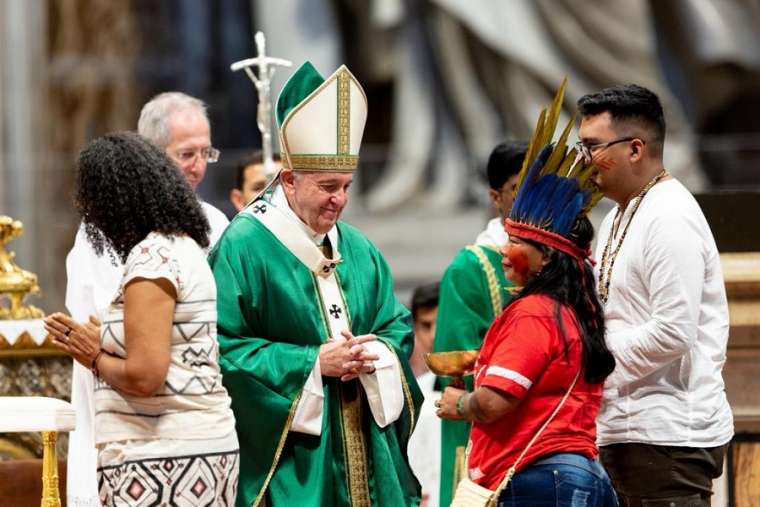 Pope Francis opens the synod with a Mass
welcoming a variety of expressions of faith.
Photo Courtesy of CNA 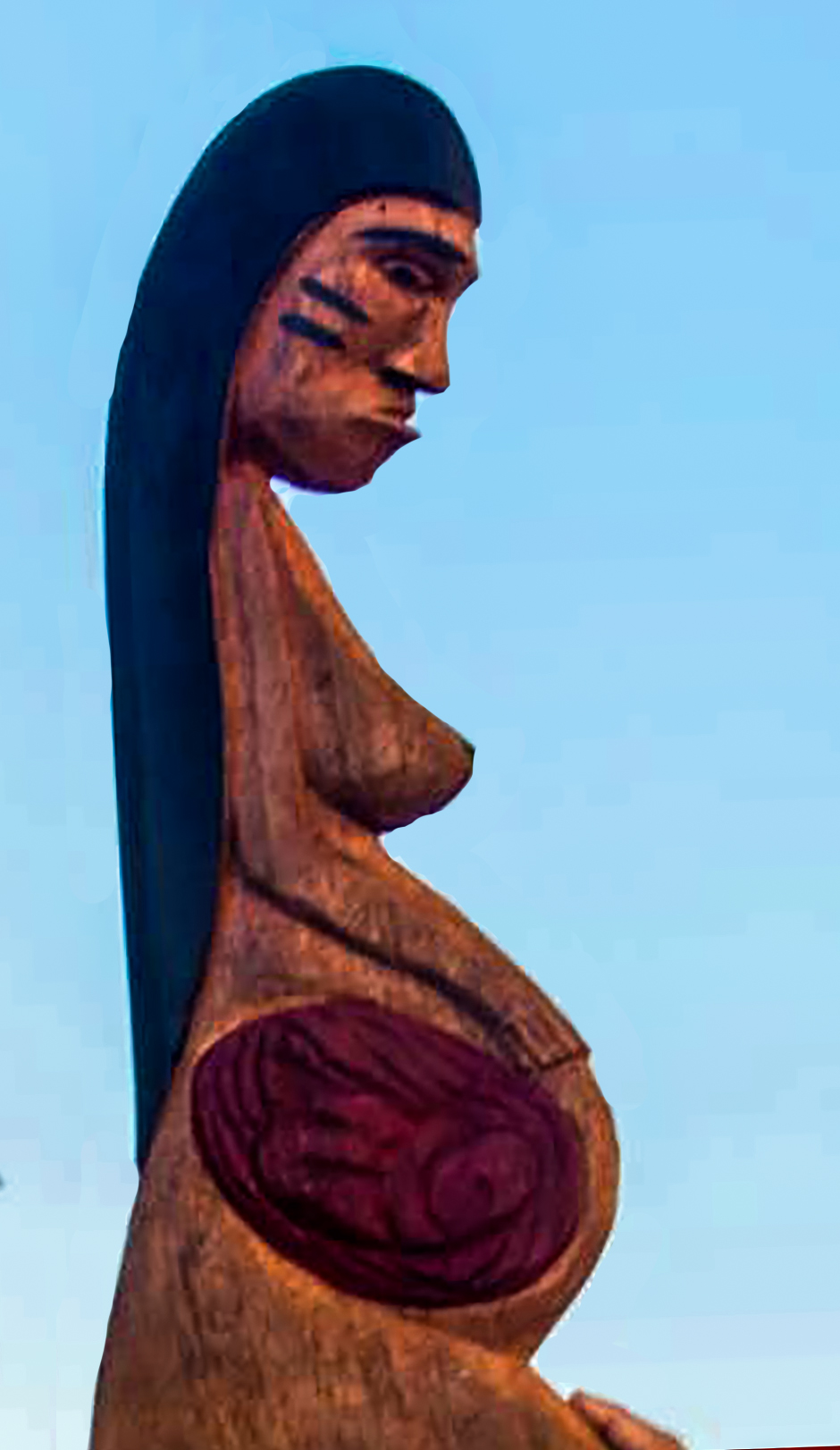 In what has become a central symbol of the Pan-Amazonian synod, the image of the Pachamama was a lightning rod of controversy. Presented as a culturally sensitive personification of life, critics harshly denounced it as a pagan idol.

A group of men from Austria traveled to Rome and threw several of the carvings into the Tiber River, recorded their actions, and posted the video to YouTube.

Pope Francis apologized for the incident, saying, “As bishop of this diocese, I ask forgiveness from those who have been offended by this gesture.” 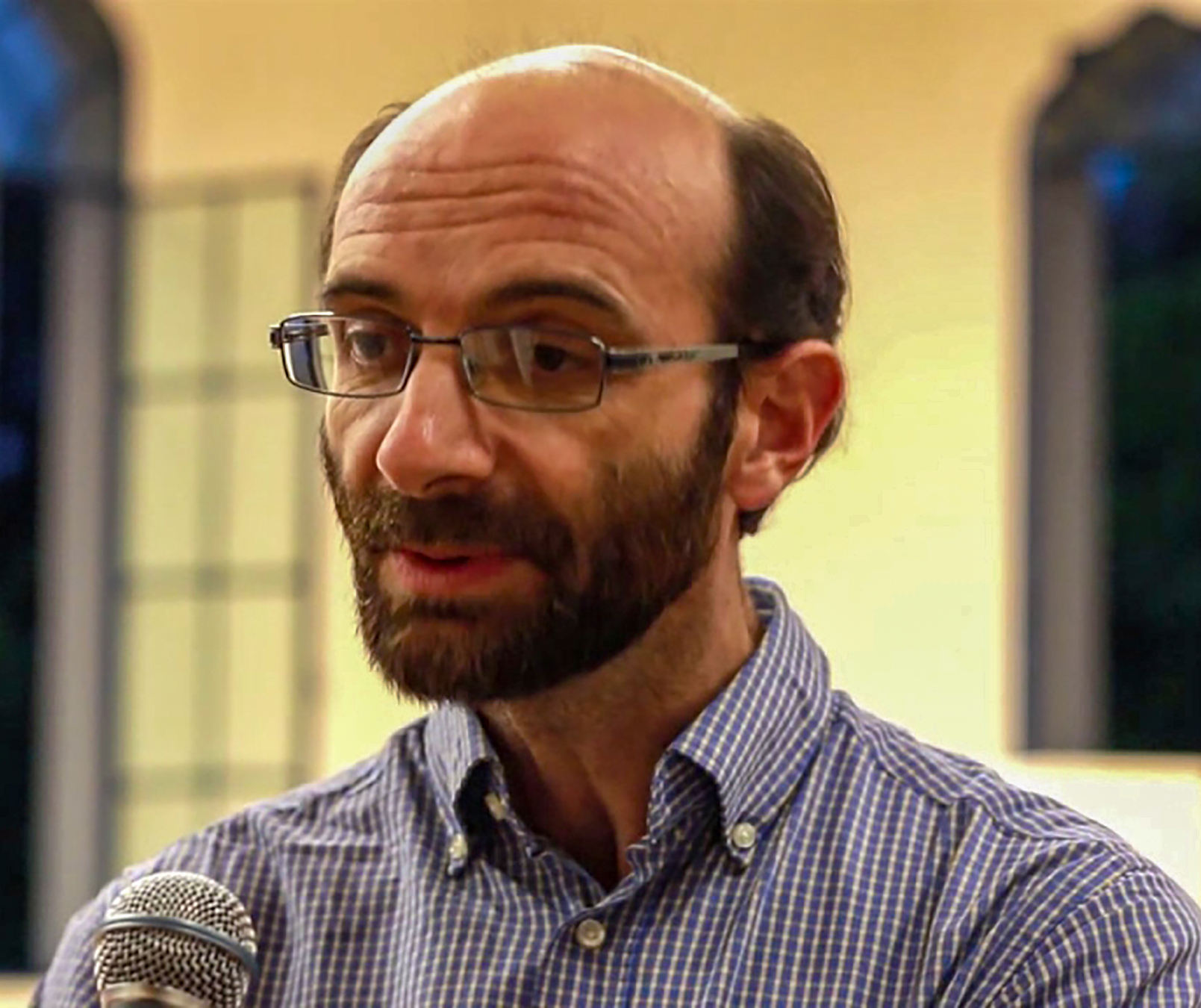 Comboni Missionary Fr. Dario Bossi was one of the 183 synod fathers in the Pan-Amazonian Synod in October. In addition to his contributions and reporting on the event, he offers a suggestion on how the Church can respond in a visible way to the environmental destruction of the Amazon.

“It would be a very strong sign if the Church could limit the use of gold in its sacraments and liturgies.” said Fr. Dario. As provincial superior of the Comboni Missionaries in Brazil and a member of REPAM and of the Iglesias y Mineria Network, he warned of the danger that the “gold diggers” represent for the region.

Mountains of earth must be disrupted, he said, for a single gold ring. “For thirty years, the Amazon has been suffering from river pollution, toxic waste, and noise,” Fr. Dario noted, citing deforestation and pollution as a natural result of profit-first policies. Just 10 percent of the world’s gold is employed in essential uses (such as for medicine), Fr. Dario says. “The rest is stored and used for jewelry.”

The late summer wildfires that ravaged the Amazon region captured headlines worldwide but did not generate the level of animated conversation provoked by the Pan-Amazonian synod in October. Some of the pastoral challenges identified by the region’s bishops prior to the meeting were a shortage of priests, the primacy of ecological damage, and obstacles to evangelization.

As is the case in many of the countries where the Comboni Missionaries serve, the Amazonian region faces a severe drought of priests to serve the people living there. Brazil hosts the world’s largest Catholic population and a majority of people living in Central and South America are still living the Catholic faith brought by Spanish and Portuguese missionaries centuries ago. While the priest shortage is something hat affects the Church worldwide, it is felt especially keenly in remote districts which may see a priest but once or twice a year. Priests assigned to the territory are constantly on the move, traveling through dangerous and difficult terrain to serve small communities.

This is just one of the concerns raised by participating bishops prior to the opening of the synod. At a Mass to open the meeting, Pope Francis indicated an openness to solving this pastoral challenges with innovative thinking, while holding fast to the virtue of prudence.

“Prudence is not indecision; it is not a defensive attitude,” he said in his homily. “It is the virtue of the pastor who, in order to serve with wisdom, is able to discern, to be receptive to the newness of the Spirit.”

The Spirit is always new, always creatively inspiring the Church to present the Gospel in a way suited to the present day, Pope Francis suggested, saying, “Fidelity to the newness of the Spirit is a grace that we must ask for in prayer. May the Spirit, who makes all things new, give us his own daring prudence; may he inspire our Synod to renew the paths of the Church in Amazonia, so that the fire of mission will continue to burn.”

The fire imagery is not accidental. Francis expressed concerns over the 70,000 fires that tore through the eight-country region. While some accidental wildfires are common in any heavily forested region, this season was especially damaging. Worse, the significant increase in the number and severity of fires was driven in part by commercial interests.

Small communities in the area and indigenous people have been working to defend the Amazon from a rapid increase in deforestation. The resource-rich “lungs of the planet” are particularly attractive targets for lumber producers and mining concerns. Pro-business political regimes often heavily favor development projects over preservation of the natural environment and an ancient way of life.

Both governmental establishments and business entities have been blamed for encouraging their landscape robs preservationists from their primary bargaining
chip: a natural ecosystem worthy of saving. Where there is no forest to preserve, the thinking goes, there will be no preservationists to obstruct further development and despoliation.

These pristine regions are not simply undeveloped real estate, though. They are the possession and ancestral home of the indigenous people who live there. Since many do not hold a documentable “legal” title to their land, they are left destitute when a mining company “buys” the land from the government or when the land is “sold” by someone who never had any claim to it. The issue of land-grabbing is pervasive throughout the developing world, but it is especially pernicious in the Amazon. Once the forests are harvested and the mineral deposits mined, the cleared land is available for cattle–either through direct grazing or by growing soybeans to feed the world’s burgeoning appetite for meat.

Pope Francis drew a sharp contrast between these devastating, destructive fires and the constructive, life-giving fire of God. His homily included a reference to the Old Testament story of the burning bush to show that “God’s fire burns, yet does not consume.” “It is the fire of love that illumines, warms and gives life,” he said, “not a fire that blazes up and devours. When peoples and cultures are devoured without love and without respect, it is not God’s fire but that of the world.”

The pope also made a clear distinction between evangelization, characterized by love and concern for another, and colonization, a symptom of organized greed. “May God preserve us from the greed of new forms of colonialism,” he said. “The fire set by interests that destroy, like the fire that recently devastated Amazonia, is not the fire of the Gospel. The fire of God is warmth that attracts and gathers into unity.”

While synods are routine business for the Church, this meeting garnered more attention than most. The preparatory document highlighted the centrality of ecological issues for the Amazon region which, in some circles, provoked reactionary cries of political interest.

In the United States, concern for the environment is often cast as an issue for the political left. This caused a negative response to Francis’s encyclical Laudato Si,
and the bishops of the Amazonian region were not exempt from the backlash. This unfortunate backdrop was exacerbated by one proposed solution to the priest
shortage: married clergy.

By the close of the synod, the region’s bishops had proposed that under certain, limited conditions, the Church consider ordaining men of “proven virtue.” The bishops also encouraged the pope to reopen the discussion about potentially ordaining women to the diaconate. A marked break from the long traditions of priestly celibacy and exclusively male clergy, these proposals were still not the most controversial elements of the synod.

The bishops’ call for “ministry with an Amazonian face” cited the Church’s long history of making the Gospel relevant to each age and culture. With a region as vast and varied as the Amazon, though, the ecclesial response cannot be one-size-fits-all. As their preparatory document put it: “The Church in the Amazon Basin has come to recognize that – because of the immense territorial expanse, the great diversity of its peoples, and the rapid changes in its socioeconomic
realities – her pastoral care has been spread precariously thin. It was (and still is) necessary to have a greater presence, in an attempt to respond to this region’s
specific identity from the point-of-view of Gospel values.”

The passage continues, “This implies recognizing, among other elements, its immense geographical extension, much of it often difficult to access, its broad cultural diversity, and the pervading influence of national and international interests which often seek easy economic enrichment through the region’s plentiful resources. An incarnated mission implies rethinking the Church’s limited presence in relation to the immensity of the territory and its cultural diversity.”

At length it was this exhortation provoked the strongest reaction. One expression of Amazonian spirituality, statues of the Pachamama, was singled out for vigorous denunciation (see “The Pachamama Controversy,” sidebar).

The statues, matching carved representations of a pregnant Amazonian woman, were referenced multiple times in events during the weeks-long synod. They were just one of many symbols of the Amazon on display during the event, but became the focus of energy of those who disagreed with some of the proposals being discussed. They were destroyed by Austrian men who had traveled to Rome specifically for the purpose. Their actions have been described as a “cleansing of the temple” by supporters and a “self-serving media stunt” by detractors, further evidence of the extent to which the culture wars of the West have infiltrated the Church.

As bishop of Rome, Pope Francis apologized for the October 21 incident.

During his homily for the closing Mass of the synod, Francis underscored the painful history of the Amazonian region and called for a different future. “In the scarred face of the Amazon,” he said, “the mistakes of the past were not enough to stop the plundering of other persons and the inflicting of wounds on our brothers and sisters and on our sister earth.” Hypocritical self-worship continues with its rites and prayers, he said, “forgetting the true worship of God which is always expressed in love of one’s neighbor.”

The synod’s proposals now await a final decision from the pope.